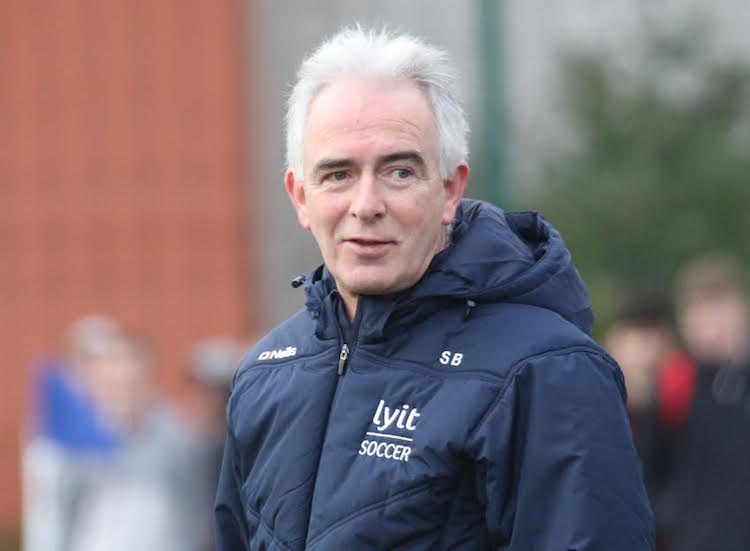 SHANE BYRNE was pleased that his Letterkenny Institute of Technology upped the ante to get back to winning ways.

Although missing some of his front-line players, Byrne saw his team defeat IT Carlow ‘B’ 3-2 yesterday with Sean McBride (2) and BJ Banda on the mark.

It was a solid performance by LyIT, who bounced back following a narrow loss to IT Tallaght last week.

“It was comfortable enough. The goals we scored were good goals and their goalkeeper was outstanding. It was a comfortable 3-2.

“The intensity of the game was a lot higher. There were a lot of things that were a lot better.”

McBride drew LyIT level just before half-time after Kieran Hennessy – who also scored a late consolation – put the visitors in front and Banda made it 3-1 after a stunning strike by McBride put the hosts in front.

Byrne said: “You knew exactly what he was trying to do. It was a great goal. Great vision. They were three great goals.”