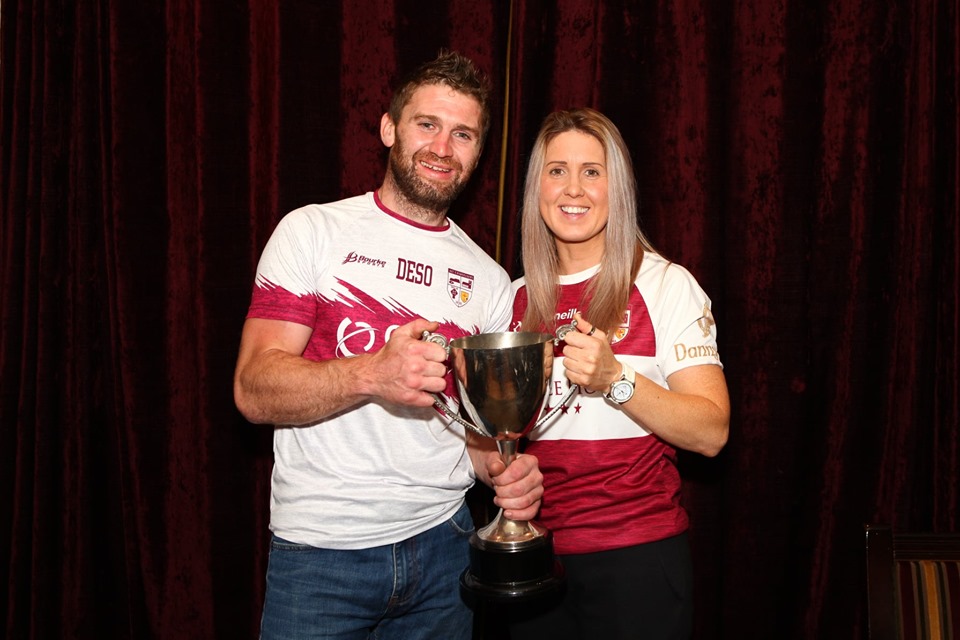 Listen: ‘The hunger was lost, but the hunger is back now’ – Maureen O’Donnell

Maureen O’Donnell says Termon have recaptured some lost hunger again as they head into another Ulster final.

The All-Ireland champions in 2014, Termon relinquished their crown in the 2015 Ulster final.

The Burn Road side are back in a provincial final again this Sunday and Donaghmoyne – who else? – are in their way.

“We just haven’t had the group of players to get back,” O’Donnell told Donegal Daily/Donegal Sport Hub.

“We’re a team very much in transition and building, but it’s great to be back. It takes time to regroup. The hunger was lost, but the hunger is back now.”

O’Donnell (pictured, by Frank McGettigan, above with her brother Sean, the Termon manager) was taken out of goal for the semi-final against St Macartans and played in the forward line.

There is a calmness as she assesses the days ahead, but the experienced former Donegal player acknowledges that there is an excitement around.

She said: “There’s a great buzz around the club this week. It’s our fourth Ulster final.

“We’re building momentum with every game that we go into.”