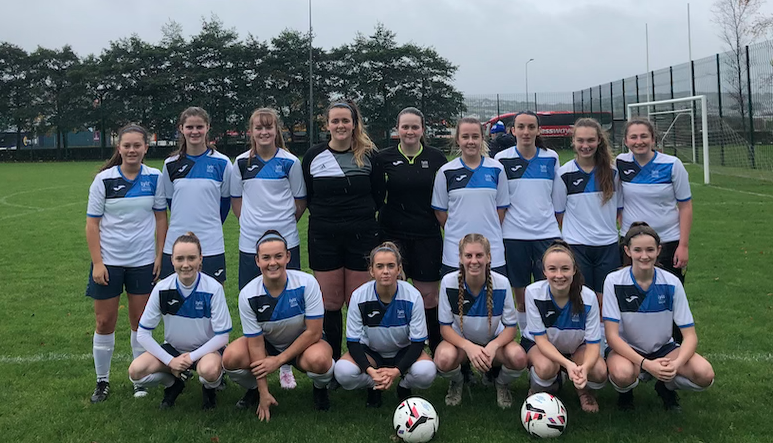 AN UNFORTUNATE concession, six minutes from the end of a game they had begun to dominate saw Letterkenny Institute of Technology’s women fall to a narrow defeat.

Nicole Gordon had cancelled out an early opener from Carly Harad and LyIT did everything but add a second in part two.

Gordon struck on 68 minutes with Johnny Baird’s team in the ascendancy, but they couldn’t find a second in spite of a series of chances.

And the home side were made to pay when Aoife Deveraux nipped in to beat Aoife McColgan on 84 minutes. Deveraux was first to possession on the edge of the box and rolled into the net for what proved to be the winner.

UCD had opened the scoring through Harar after just eight minutes as she tucked home from close range following a breakaway move on the right side.

Deveraux tested McColgan soon after, but the home ‘keeper was equal to the effort.

Paula Martinez, the UCD ‘keeper got out to smother at the feet of Tara O’Connor, who latched onto a great ball by Zoe Green as LyIT grew into the game.

Gordon, the LyIT captain, forced Martinez into a fine save in the 36th minute. Lauren Cregan created the opening and Gordon, who still had to carve out the chance, was denied by Martinez at the expense of a corner.

Deveraux and O’Connor had chances at either end before the break and it was LyIT – who had to overcome the loss of defender Chantel Kelly at half-time – who were on top after the re-start.

O’Connor swivelled to shoot over before the lively Amy Hyndman was denied by Martinez on the hour.

Martinez prodded away with her feet from Cregan while O’Connor couldn’t keep her header on target.

LyIT did draw level when Gordon latched onto a loose ball in the area and shot home just inside the post.

It was no more than they deserved, but they couldn’t fashion a second with Cregan and Gordon firing at Martinez from distance.

Just when it looked as if it would end in stalemate, there was a sting in the tale as UCD pounced for the winner.