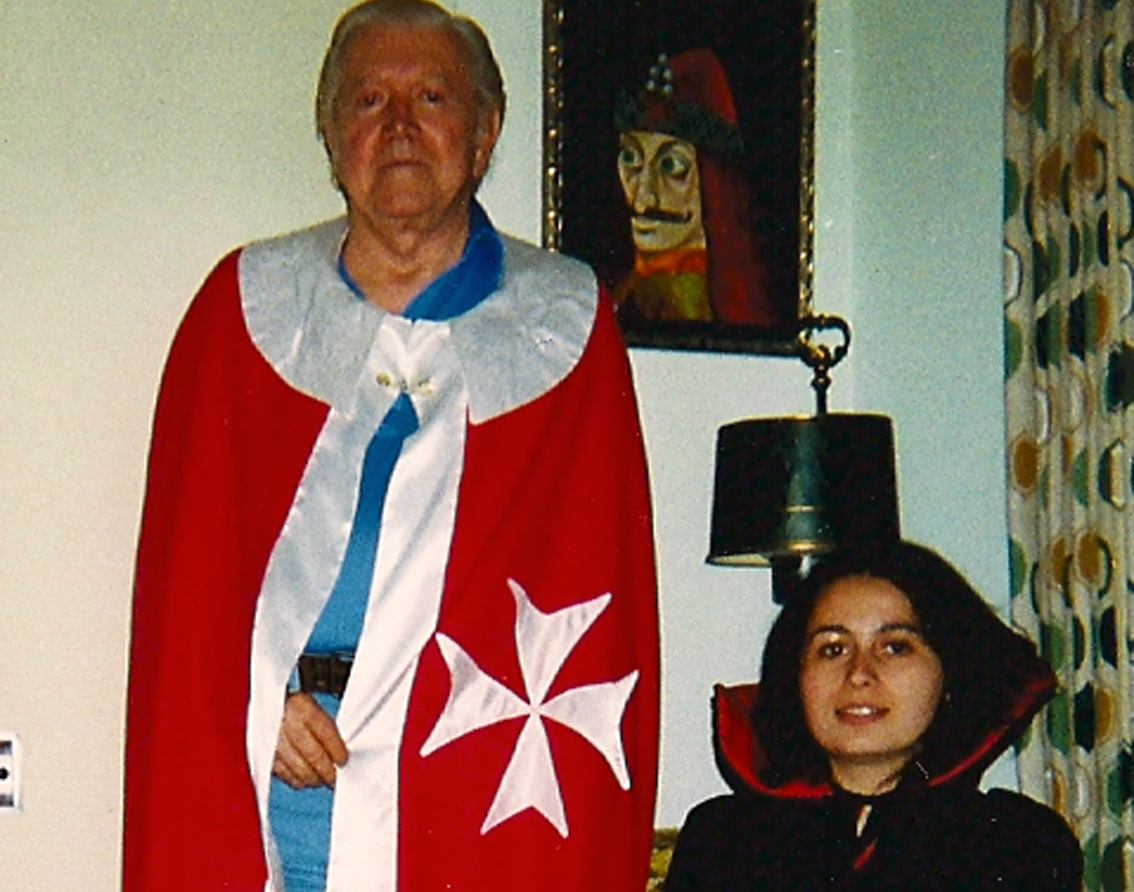 A blood-curdling night is promised at West Donegal theatre

To promote the life-saving work of the Irish Blood Transfusion Service, two emigrants from Transylvania living in the Donegal Gaeltacht, have volunteered to give blood as part of a special Halloween event at the Amharclann theatre in Bunbeg entitled ‘Dracula agus a chairde.’

The event, cabaret in style with various ‘blood-curdling’ on and off-stage entertainment, including open coffins, takes place Friday evening, Nov. 1 at the Gaoth Dobhair theatre.

In Dublin-born author Bram Stoker’s classic novel, ‘Dracula,’ published in 1897, Transylvania is home to the arch-vampire.

Pól McCool, one of theatre organisers, said, “It is highly commendable that people from this particular region of Romania who have made their new homes in Ireland have volunteered their blood to help the Irish Blood Transfusion Service.

“The Amharclann is a theatre in the true sense of community, much needed in a rural area such as Gaoth Dobhair, and we welcome such initiatives as this.”

Interestingly, especially as the event is taking place in an Irish-speaking region, some literary scholars say the name ‘Dracula’ may have originated from an old Irish folk tale called ‘Dún Dreach-Fhola’ (castle of blood).

One of the two blood donors, Columbia Vaileanu, a web-designer and digital marketer for Gaoth Dobhair based ‘Ireland Writing Retreat,’ is originally from a rural area of Transylvania and became an Irish citizen in recent years.

She lives now in the village of Bun na Leaca on the ‘Wild Atlantic Way.’

“This is one simple way I can contribute to Ireland, a country that has granted me citizenship and a new opportunity to succeed in life,” she said. ‘The blood transfusion service has helped save the lives of thousands of people, Irish and other nationalities, both locally and nationally. It deserves as much support as we can give it.”

Lucian Podariu, also from Transylvania, who operates a veterinary practice in Bunbeg, also felt it was the least he could do to help.

“As a person working in the medical field, albeit it for animals, I know very well the importance of having a strong healthy blood supply available, especially for emergencies. The Irish Blood Transfusion Service does a wonderful job and we should all do our best to support it.”

The ‘Dracula and Friends’ cabaret event features a number of different acts including an on-screen multi-media presentation by Sean Hillen, international journalist and author of book-in-a coffin, ‘Digging For Dracula,’ on the theme ‘Legend versus Truth’ linked to Vlad the Impaler and Dracula.

There will also be a surprise skit linking the Long-Toothed Count to a well-known hit song by the rock music group ‘Queen,’ as well as what is termed an ‘UnDead’ vampire comedy play entitled ‘Tá sé/ Níl sé’ (He is/He Isn’t) adapted by Tomás Mac Giolla Bhrighde, featuring the local acting group, Aisteoirí Ghaoth Dobhair.

In addition, the lobby of the Amharclann theatre will be transformed into a vampire’s den, decorated with cobwebs, lanterns and real full-size coffins for people to stand (or lie in) for photographs, with eerie music, as well as make-up artists who will transform children and adults into vampires.

Special vampire food and drinks will also be offered including ‘Vampire Fang’ and ‘Freaky Fingers’ novelty snacks and, of course, Bloody Marys, and intriguing blood-red non-alcoholic drinks. There will also be special awards for best-dressed children and adults.

For tickets and further information, contact Amharclann Ghaoth Dobhair at 074-953- 2687.