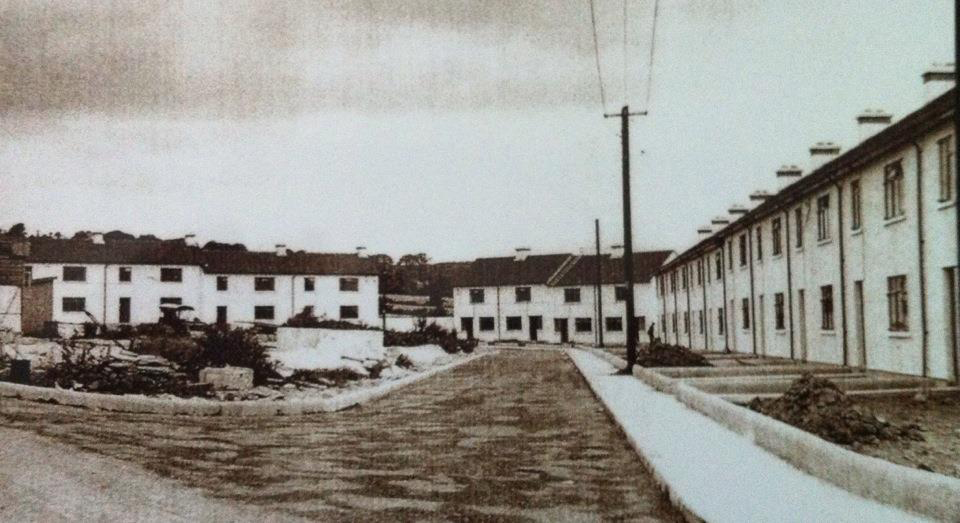 Every time I hear someone with a posh accent pronouncing your everyday “scone” I smile as I say into myself what I think is the proper way to say scone, which should rhyme with the word “gone” rather than rhyming with the word “bone”.

Seems the more south you go, particularly in England, the word scone will have a posher sound to it and the more north you go in Scotland and Ulster, a ‘scone’ will have a more familiar sound to it.

Even what a scone means to some as a small bun has a completely different meaning to me. If Milford and Model were the big bakeries once known for sliced pans, McNabb’s bakery in Wolfe Tone Place was the leader in scone bread.

There was no sign over the door to say this was a bakery, in fact, it also doubled up as a family home to the untrained eye.

Sadie McDaid (Nee McNabb) a mother of five was a master maker of scone bread, be it soda, treacle, fruit or wheaten.

There were 34 Stanley Ranges fitted to 34 council houses in Wolfe Tone Place, but in my small world growing up Sadie’s Stanley range at number 24, which never cooled, produced the best scone bread.

We could make scone bread ourselves using the same ingredients, even the same type of cream mixing bowel with a design more suitable to a jumper on the side of it but the results just never matched up to my auntie Sadie’s scone bread.

Sadie first lived in number 9 Wolfe Tone Place after she got married, they were lodgers with her sister Aggie and Danny Doherty.

Wolfe Tone Place which had a secret Mc Nabb bakery at Number 24.

My earliest memory of life was that of growing up in Wolfe Tone Place, In the mid to late 1960s both 24 and 27 were packed to capacity with children from all over the world.

Sadie’s youngest sister Nora Gallagher came home from Scotland on holidays with her family and my mother’s youngest sister Margaret Devine also came home on holidays from Australia and our council green had more of an international ring to it with a mixture of Melbourne and Glesgwian accents ringing out as they played rounder’s in the far off summer evenings.

Aggie Doherty from Number 9 and his Sister Sadie from 24 Wolfe Tone Place pictured with her son Paul McDaid who will host an Mc Nabb family Reunion in memory of all the McNabb sister and their families.

The ingredients to life changed before the 1970s came in Wolfe Tone Place, when the No 27 household halved in numbers for a while when my mother took ill.

Sadie took in a lodger, my youngest brother Peadar, who was just over a year old.

Sadie took care of him in her house and my mother’s sister Bida took in another lodger to her house the second youngest, Cathal to her home now down the back road, as they waited and hope that my mother would get better.

Sadly that was not to happen and it was my mother’s wish before her death that her four boys would be rared together and so it was.

As the maternal light went out in number 27 Sadie put on and extra shovel of Tinney’s coal into her Stanley Range in number 24 and bought an extra bottle of buttermilk of Packie Kelly.

And always have and extra scone at the ready which was smuggled across in a brown paper bag or wrapped still warm in a tea cloth.

For twenty years from 1970 to her untimely death in 1990, Sadie kept an eye on us out through the venation blinds of her home.

She always bought for nine wanes even though she had only five children herself.

Even when Andy Loughlan’s old travelling shop came round Sadie would spot one of us four boys out in the green and buy a wee treat for the four of us.

And even in later years, it was Sadie that sent me down to Andy Hegarty and ask him if he needed anyone to work on the pumps in the evenings to replace her son Brendan who was starting full-time employment in the garage as a storeman.

Thanks to Saddie I secured that first job and when I was out of work again in later years, she sent me down to Pat Dunnion to ask for work to replace her son Paul as Barman who was heading off to college.

Sadie and Pat McDaid on the graduation of their son Paul from college.

It didn’t matter if it was a stone of flour, a jumper or even a job Sadie could make them last along time passing them on so everyone could benefit from them.

He worked as a young apprentice learning his building trade at the building of Oatfield Sweet Factory, in Letterkenny.

First workers on the site at Oatfield Sweets. On the left was Johnny Boyce from the Port Rd in Letterkenny. A carpenter and builder by trade, complete with his tie and waste coat under his overalls to his right was a young Joe M Nabb who was learning the trade at the time. Both men built up a great connection with the local firm with generations of their family getting work at the factory throughout the life of the company

They had five daughters Aggie, Bob, Sadie, Rita and Nora who all worked in the Oatfield Sweet factory. Even when Sadie stopped working in the factory when her children were born the Mc Kinney family asked her to come back part-time to work in their home.

Sadie’s father once made a shed out of the old barrels that the syrup came in after taking them apart he reshaped the metal to form a round war type shed, which he built at the back of his house in Ard O’Donnell locally known as “the Burma”.

On the 2nd of November Paul McDaid, Saddie son is hosting a McNabb reunion to remember his mother and all the McNabb extended family and friends at his cafe Moonshine in Letterkenny.

The most famous of the McNabb family is actor Dessie Gallagher who is presently the main actor in the series of adds on television run by the Alliance home insurance company.

Dessie is the son of the late Bobby Gallagher, originally from Glasgow, and Nora who was the youngest of the McNabb sisters and grew up in Ard O’Donnell in the old home house.

Dessie plans to make a special appearance for the reunion where more memories for the McNabb dynasty will be recalled on a memorable night.