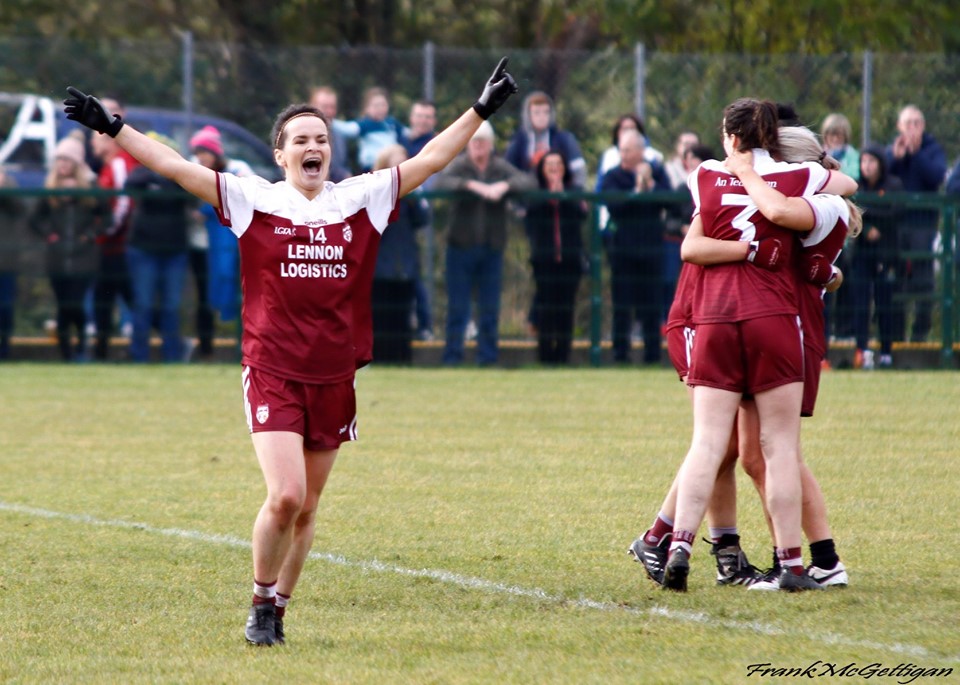 HER SCORING ratios would compete with the best of them, but Geraldine McLaughlin is as modest as they come.

The Termon sharp-shooter, who scored 1-8 in her team’s Ulster semi-final win over St Marcartans, will be the woman the Burn Road brigade will look to in Sunday’s final against Donaghmoyne.

McLaughlin (pictured by Frank McGettigan) has been producing the goods so often now and she keeps coming up with the big moments.

“We all have our ways to play,” She told Donegal Daily/Donegal Sport Hub this week.

“When you have a team around you, they have their jobs. My job is to get scores and everyone has a job. We just want everyone to perform on the day.”

Termon – the All-Ireland queens in 2014 – won their first Donegal title in four years this year and are now back on the provincial trail again.

McLaughlin said: “We knew we had a good enough team and had players to progress. We always had the players there and it was just getting a mix of youth and experience.

“To think now we’re at least second best in Ulster is a great feeling. The hard work is paying off. We hadn’t won Donegal in four years and it was massive to win it.”