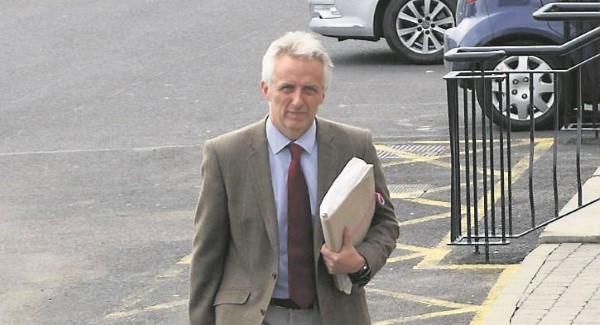 The coroner for Co Donegal has returned an open verdict on the death of a Derry man who drowned on a camping trip to the Isle of Doagh.

The inquest into the death of Anthony Griffiths (59), from Culmore, heard how he and his wife Leonie and a number of other family members visited the Isle of Doagh in Inishowen on August 29, 2016.

Yesterday Mrs Griffiths told a court sitting in Buncrana that when the family arrived they pitched their tents and had a barbecue.

The Belfast Telegraph reports how he urged her husband to have something to eat because he had drunk a bottle of wine.

After playing cards, the couple went for a walk along the shore, with Mr Griffiths admiring the stars in the sky.

When they returned, he told his wife that he wanted to sleep outside and would later move to his car.

Mrs Griffiths emerged from her tent at approximately 9.30am the following day and went to find her husband.

While she was unable to locate him, she assumed he had gone to the beach and was not initially concerned for his safety.

After further attempts to find him proved unsuccessful, Mrs Griffiths began to feel that something was wrong.

At 3pm she reported her husband missing to gardai in Carndonagh.

The authorities subsequently launched a two-day search for the missing man, involving the police, coastguard and members of the public.

The operation came to an end on September 1, when Mr Griffiths’ body was discovered on rocks by the crew of the coastguard helicopter.