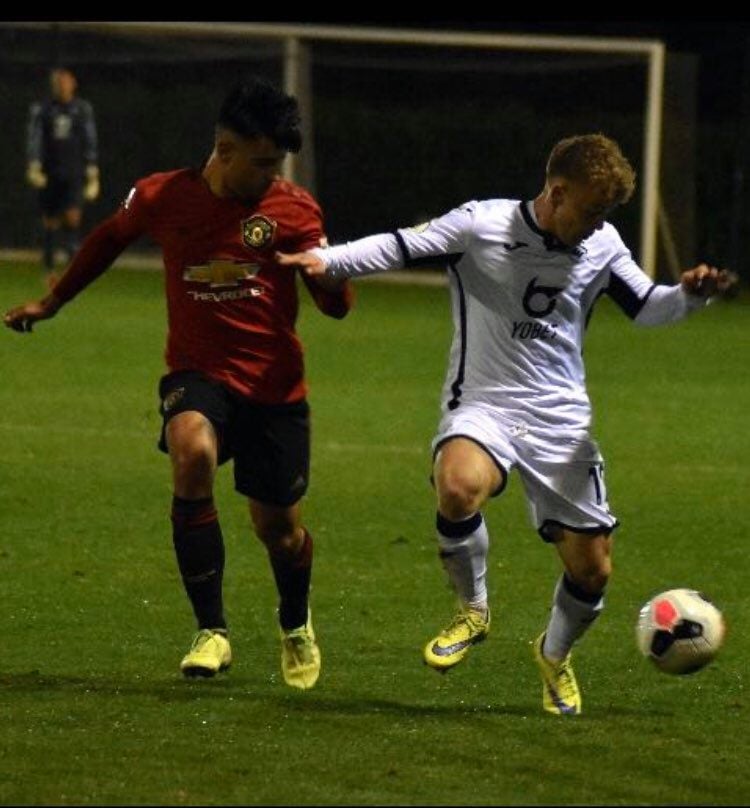 Marc Walsh features against Man United after six-month lay off

MARC Walsh made his return to action following a six-month lay-off on Tuesday night.

Walsh came off the bench for Swansea City Under-23s in a 4-1 defeat to Manchester United in Landore.

Swansea went into the game unbeaten and led through Keiran Evans, but United hit back with Largie Ramazani, Dylan Levitt, D’Mani Mellor and Aliou Traore on target.

Walsh appeared for the closing stages of the game, ending a lengthy period out with hamstring trouble.

In July, the Loughanure man signed his first professional deal at the club.

The 18-year-old completed a two-year scholarship after making the move from Harps in 2017.

Walsh played a total of 35 times for the Swansea academy in the first two seasons and was part of an Under-19 side that won the FAW Youth Cup.