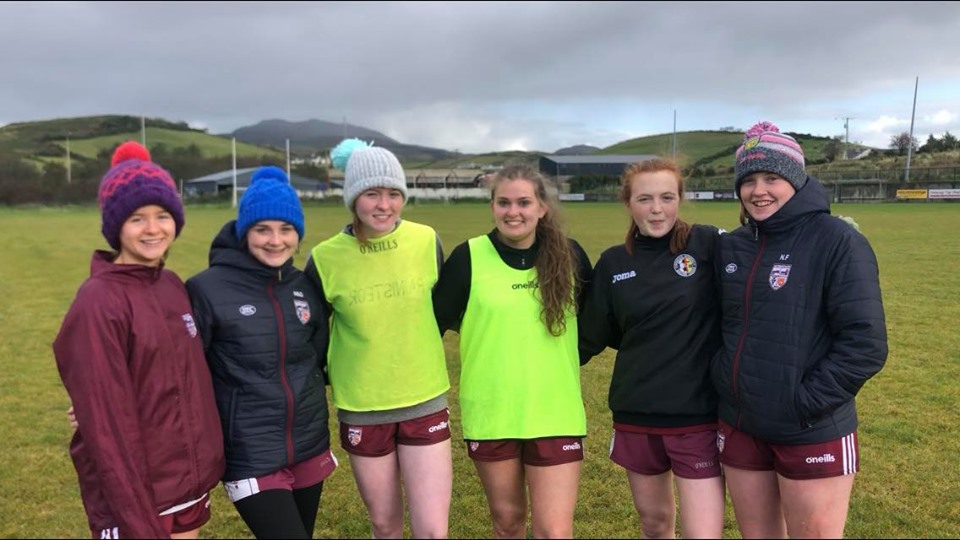 WHEN Termon began to emerge as a force in ladies football around 2010, a golden generation of players led the way.

Geraldine McLaughlin has been making waves at the Burn Road for an age now, but was only 17 when Termon won Ulster in 2010.

McLaughlin plundered the bulk of the scores in 2010 when Termon – energised and confidence brimming having won a a Comortas Peile na Gaeltachta crown that May – shocked Donaghmoyne in the Ulster final.

Five years on, Termon – whose hold on the prizes were loosened by Donaghmoyne in the Ulster final of 2015 – are back. Once more, Donaghmoyne stand in their way, but a new group is now dreaming in the shadows of the Rock of Doon. 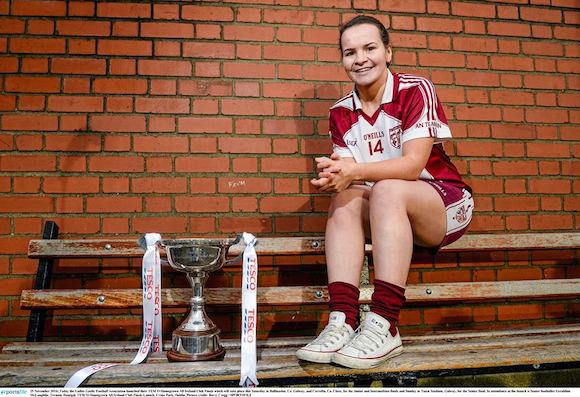 Geraldine McLaughlin with the All-Ireland title in 2014

“I remember them winning the All-Ireland,” Jodie McFadden says.

“That was amazing to see our girls come home with an All-Ireland.”

McFadden is one the new class whose talents have been sharpened by competing alongside the Golden Girls in training.

Or, as Ciara McGarvey – elevated to the senior panel having impressed with the under-16s – puts it: “Everyone improves all the time and you can’t hide anywhere!”

In 2015, Méabh McDaid was a newbie on a squad that had conquered the country the previous winter. McDaid played on the team in 2015 that lost to Donaghmoyne in the Ulster final.

“That was my first year in the seniors,” she says. “For me, it was a dream. It was nerve-wracking and it was scary. I was blessed and knew how lucky I was to be surrounded by some of the best players in the country.”

At just 15, she was thrown in at the deep end, but proved her worth.

“It was hard coming into the team, but it was good.”

Termon manager Sean O’Donnell rang the changes for the semi-final against St Macartans. Termon deployed Maureen O’Donnell – who had played in goal all year – in the forward line. Teenager Orla Corry was handed her senior championship bow as the goalkeeper at the Burn Road. 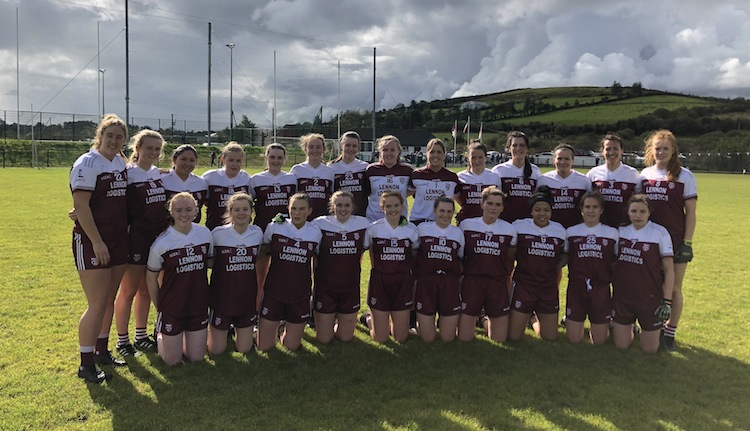 “I was nervous with the big crowd,” Corry admits. “You just have to put them past you and play. The big crowd got behind and it made a difference.”

McFadden is brimming with belief as she touches on the influence of the likes of the McLaughlins, O’Donnell and co.

“It’s really good. The senior players are always telling us where to go.”

Katie Mellett is another who gets a taste of senior life at training. Tasked with pressuring those stellar names is no easy job, but the youngsters are savouring every moment.

“You’re with new people. This is my first year and they’ve made me feel just a part of the team. I never thought I’d be here at this age.”

The early mornings and late nights hardly feel like a chore by now.

When Termon won the Donegal crown, defeating their old foes from Glenfin in the final, Aibhe McDaid was a key cog in the wheel, but a knee injury has kept her to a watching brief since.

“It’s annoying,” she winces ahead of Sunday’s Ulster final.

“It’s sickening enough watching from the line, but the girls did well to get through that semi-final.

“I have to keep coming out to support.

“It was good to win Donegal and this is a great team to get over the line with.”