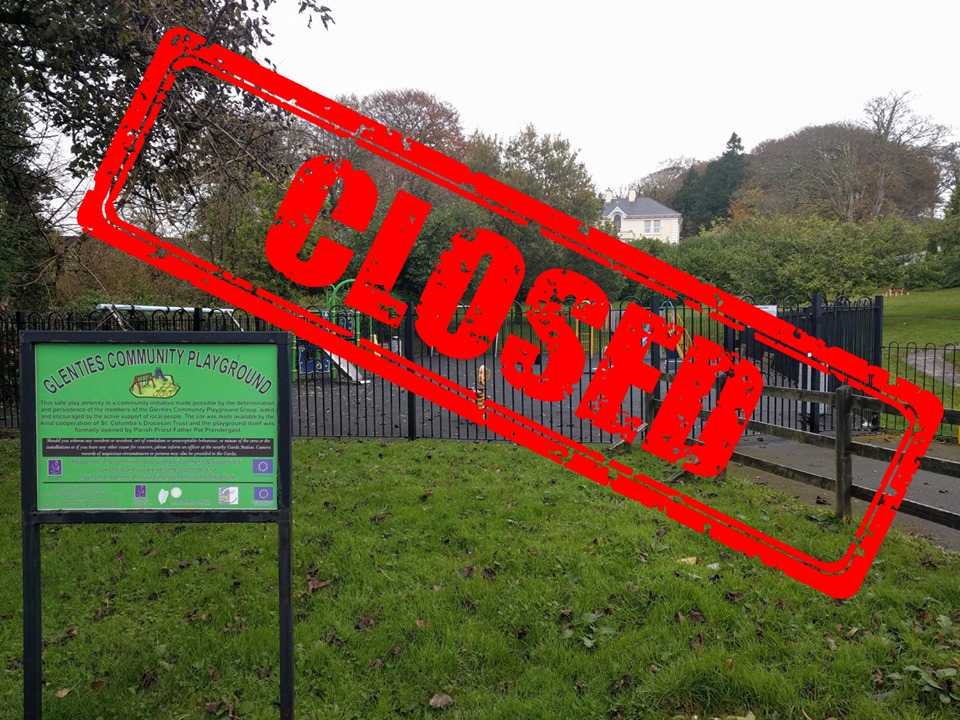 Children ‘in tears’ after playground is closed

There has been shock in the Glenties area after the sudden closure of the local playground.

Children and families were upset to learn the news yesterday that they would lose their beloved community play area due to ongoing issues.

The Glenties Playground Committee said they were forced to close after failing to get Donegal County Council to take over responsibility for the space.

The committee had sought to hand over the upkeep, maintenance and insurance costs to the council, but efforts to secure this funding were unsuccessful. The committee said that the costs they faced for the insurance and upkeep were unsustainable.

Local residents were shocked and disappointed to learn about the sudden closure of the playground on Friday. Parents and grandparents have said that the closure will be a huge loss to the town.

However, efforts are now underway to resolve the situation.

Local County Councillor Anthony Molloy said he was in contact with the local authority on the matter. Cllr Molloy and Pat the Cope Gallagher TD have planned to meet with the Glenties Playground Committee this Saturday afternoon.

“I am confident we can find a swift resolution to the ongoing issues and have it re-opened for the children as soon as possible,” Cllr Molloy said.

Independent councillor Michael Cholm Mac Giolla Easbuig added that such playgrounds are a service for the community which must be funded by the council.

Cllr Mac Giolla Easbuig said: “There is a dozen-plus playgrounds like this organised and run by community committees. If they can, and if they are willing, they should be handed over to the responsibility of Donegal County Council. Monies have to be found for the insurance because this is an important service for the community.”