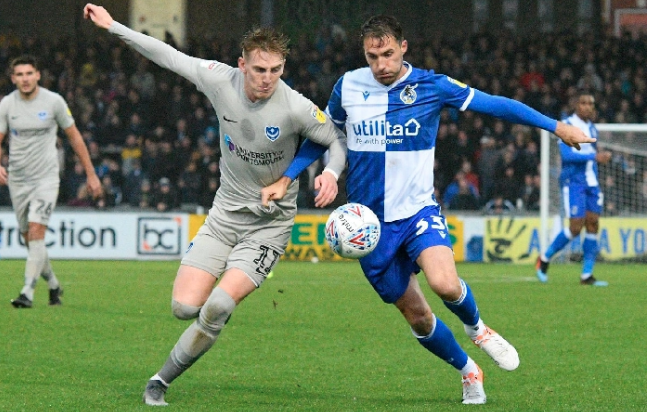 Curtis among the goals, but Portsmouth blow two-goal lead

Ronan Curtis was on the mark as Portsmouth drew away to Bristol Rovers in League One this afternoon.

Curtis came into the team that had overcome Lincoln during the week with Marcus Harness dropping to the bench.

Gareth Evans netted a penalty after John Marquis was pushed by Luke Leahy.

Marquis was involved on 70 minutes as his cross was headed home by Curtis. The St Johnston man nodded in a third goal of the season.

Alex Rodman pulled a goal back and Ross McCrorie’s own goal denied Portsmouth.