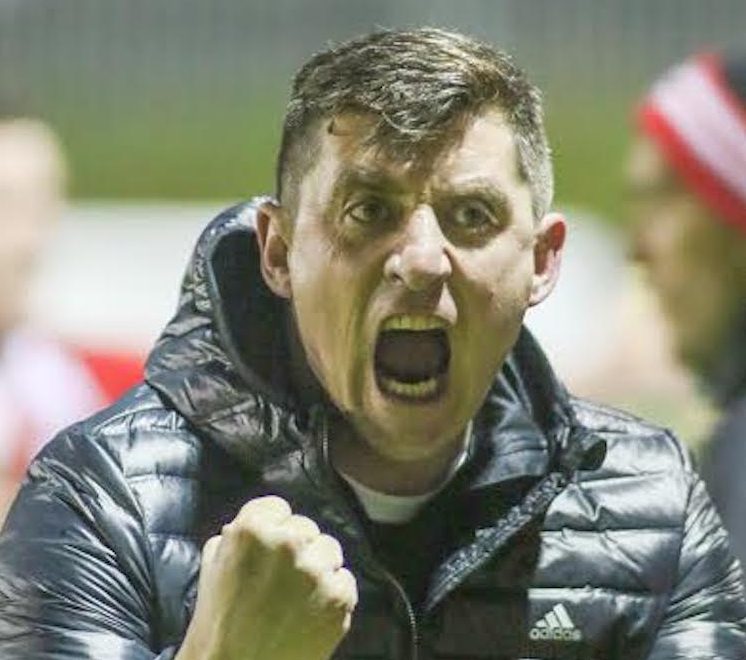 AFTER SEALING qualification to next season’s Europa League, Derry City manager Declan Devine insists that the Candystripes won’t ‘get carried away chasing a dream’.

By Chris McNulty at the Ryan McBride Brandywell Stadium

City’s 4-0 win over Finn Harps last night at the Brandywell clinched a European spot for next summer.

Junior Ogedi-Uzokwe’s hat-trick saw Derry sign off on the 2019 season in style as they clinched fourth spot in the table.

“This is about the whole working environment in the football club,” Devine said.

“This place is like a well-oiled machine this year and everyone is pulling in the one direction. The positivity has been magnificent.”

City finished 29 points off the champions, Dundalk, and there is an 18-point gap to second-placed Shamrock Rovers. 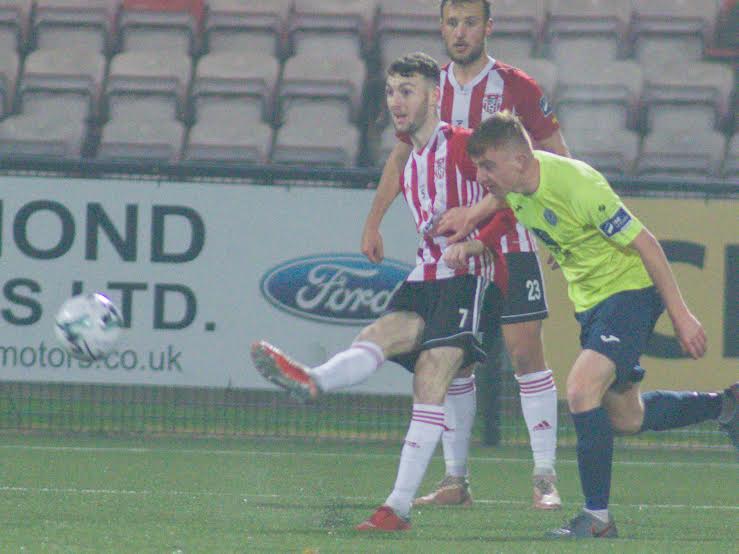 Devine said: “We won’t get carried away chasing a dream.

“Dundalk and Shamrock Rovers are miles ahead of us. Miles ahead. We have to understand that. We want to catch them, maybe not next year, but we want to improve and get better.

“Slowly but surely if we keep chipping away, keeping showing the appetite and get the players in then who knows?”

Devine came back for a second spell as Derry manager at the end of last season. The Creggan man took his charges for a short pre-season trip to the Isle of Man and had only a dozen senior players signed up at that stage.

However, some astute moves – including the loan signings of Golden Boot winner Ogedi-Uzokwe and David Parkhouse – in the transfer market saw Derry improve significantly on last year’s eighth-placed finish. 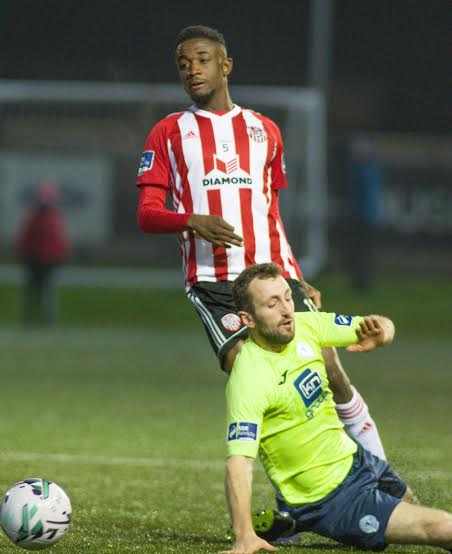 Devine said: “We were in the Isle of Man with 12 players and brought some youths with us. The rest were kids.

“Everyone here is pulling in the one direction now. Everyone is really determined to drag this club back to the status it has had and can have.”

Devine acknowledged that qualification for the Europa League eases a burden on club Chairman Philip O’Doherty.

Accounts for the year ending November 2017 show that O’Doherty donated some €226,000 to help the club appear profitable, having lost £35,000 in the previous year.

Engineering boss O’Doherty has been Chairman since late 2009 and pours significant funds into the club each year.

“It means that the Chairman doesn’t have to put in as much money. That’s the bottom line.

“The Chairman has been a huge supporter of this football club for a long, long time. The effort and energy behind the scenes is every bit as important as it is on it.