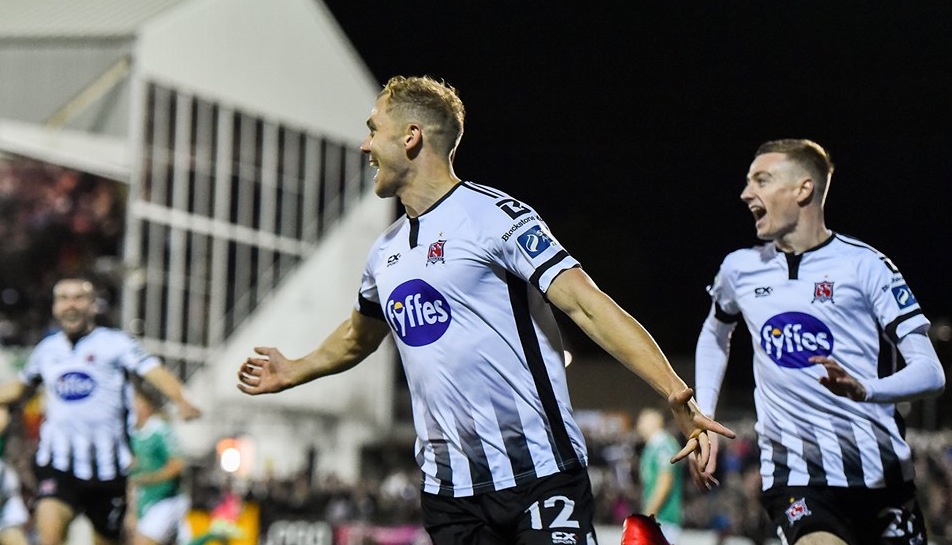 On the night when Dundalk were presented with the Premier Division trophy, Kelly hit Dundalk’s final League goal of the campaign.

Dane Massey, Daniel Kelly and a Brendan Clarke own goal already had the champions in control before Kelly netted on 89 minutes for his seventh League goal of the year.

The Tooban man is now looking forward to next weekend’s FAI Cup final against Shamrock Rovers when the Lilywhites will aim to complete a domestic treble having previously won the EA Sports Cup.

Meanwhile, Jack Keaney was on the mark twice for the already-relegated UCD as they lost 4-2 against Waterford FC at the RSC. The Donegal town man signed from Sligo Rovers in the summer and has been showing well for the Students.

GOAL! Georgie Kelly makes it 4-0 to Dundalk just before the end of the 90 minutes. #rtesoccer pic.twitter.com/yR90VJSe8G