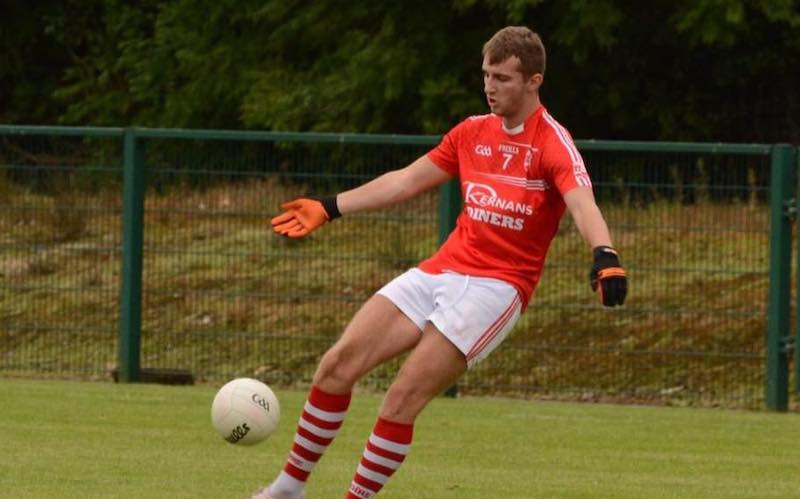 Naomh Colmcille hit a late series of points to move away from Robert Emmets and seal a place in the Under-21 ‘C’ Championship final.

Hugh O’Donnell netted a first-half goal for Naomh Colmcille, who led 1-3 to 0-5 at half-time.

O’Donnell powered through the Robert Emmets rearguard and superbly found the top corner for the opening goal of the game.

When Reece Gallagher bagged a goal for Robert Emmets, the Castlefin men were briefly level. Gallagher drilled past Matthew Whoriskey, who made a couple of big saves for the visitors.

Naomh Colmcille took control of things in the last quarter.

Stephen Gallagher (pictured) – who scored five points in all – landed a couple of wonderful points from long range and Keenan Diver curled over from distance.

A brilliant Gallagher free from 40 metres and a tidy point by Jordan Gallagher saw Naomh Colmcille take the win and book a place in the final against their neighbours Burt.