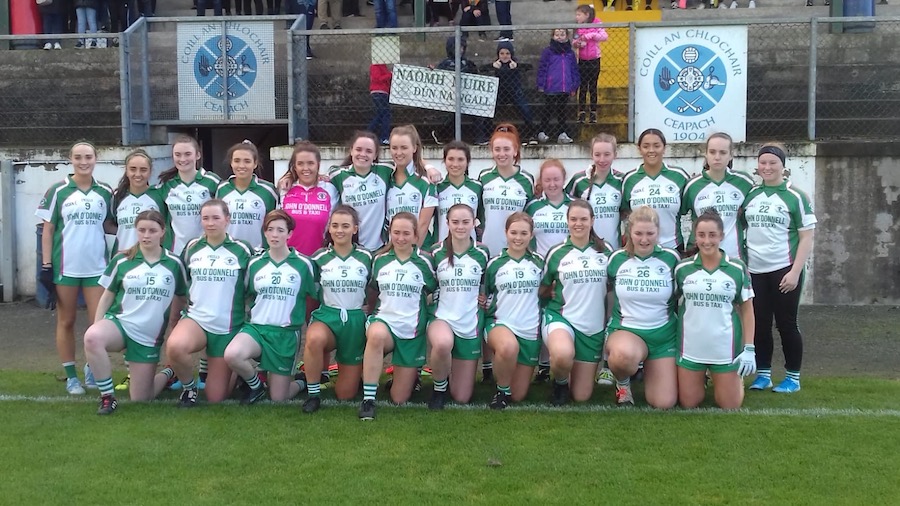 Listen: ‘This will stand to us’ – Naomh Muire boss Kevin White

KEVIN WHITE, the Naomh Muire ladies manager, says his side will be all the better for their harsh Ulster final experience.

Naomh Muire stayed with Tyrone champions Edendork in today’s Ulster Junior final, but Edendork hit 4-3 in the final quarter to win by a landslide 19 points. The 6-11 to 2-4 was unfair on Naomh Muire, who had battled well for the most part.

“They were more experienced and more physical.

“Everything worked out for them and it didn’t for us. They were very physical, fit and strong.”