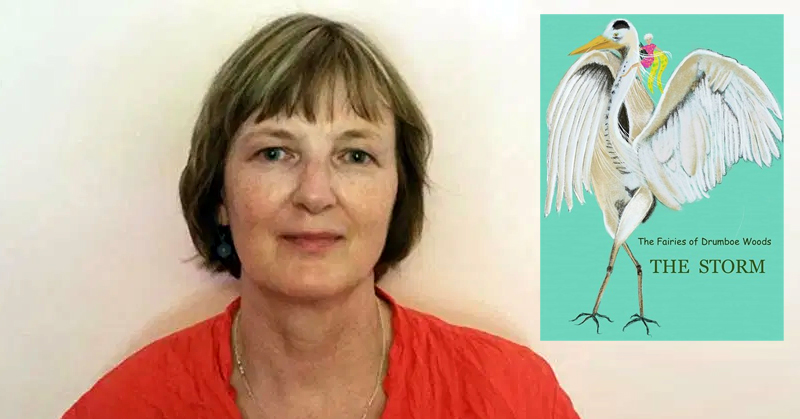 The Storm, which is out this week, follows Margaret’s debut short story called The Fairies of Drumboe Woods.

Margaret, a former social worker, was inspired by folklore and her local area to create magical stories with special lessons for young readers.

The Storm is now available on amazon.co.uk and amazon.com. Copies will soon be on sale locally at The Four Masters Bookshop Donegal Town, Bookmark (formerly Easons) in Letterkenny and in Ballybofey. 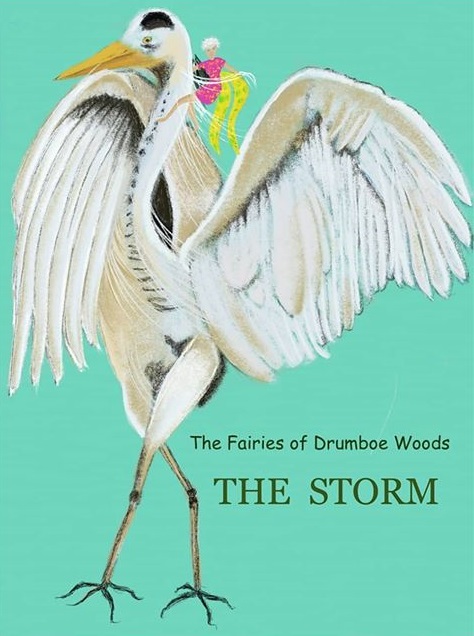 The Storm will re-introduce the reader to the familiar Drumboe Woods of the Twin Towns, its resident fairies, and a local girl called Grace.

But when a storm strikes the Finn Valley and the river bursts its banks, Grace’s beloved woods are flooded. Grace and her grandfather must go to save the fairy queen.

“Us humans depend on each other to thrive, in much the same was that the sun, the earth, the animals and the environment have relationships that support each other. We all need to belong to something bigger than ourselves.”

The overall theme of the story is that caring relationships are important, between families, friends, and even with people we have not met.

Grace is becoming aware of the world around her – locally in her own environment, but also on a worldwide scale. Through her new school friends, Amira and Adam, who have fled their war-torn country of origin, to find shelter and safety in Ireland, Grace is finding out that not all children are happy and some are afraid, lonely and without a place to call home.

Grace’s eye-opening friendships and her close relationship with her Granda Benny intend to share an important message with young readers.

Margaret added: “In a small way, some of Amira and Adam’s experience are mirrored in Grace’s small world, when an unexpected storm and flood places the local fairies at risk of homelessness and displacement. The Storm emphasises the view that as human beings we depend on each other to thrive and at one time or another, we all need shelter and a front door to close out the storms.”

The Storm is expected to be another popular launch for Margaret, as the magic and message of The Fairies of Drumboe Woods resonated with many local families earlier this year.