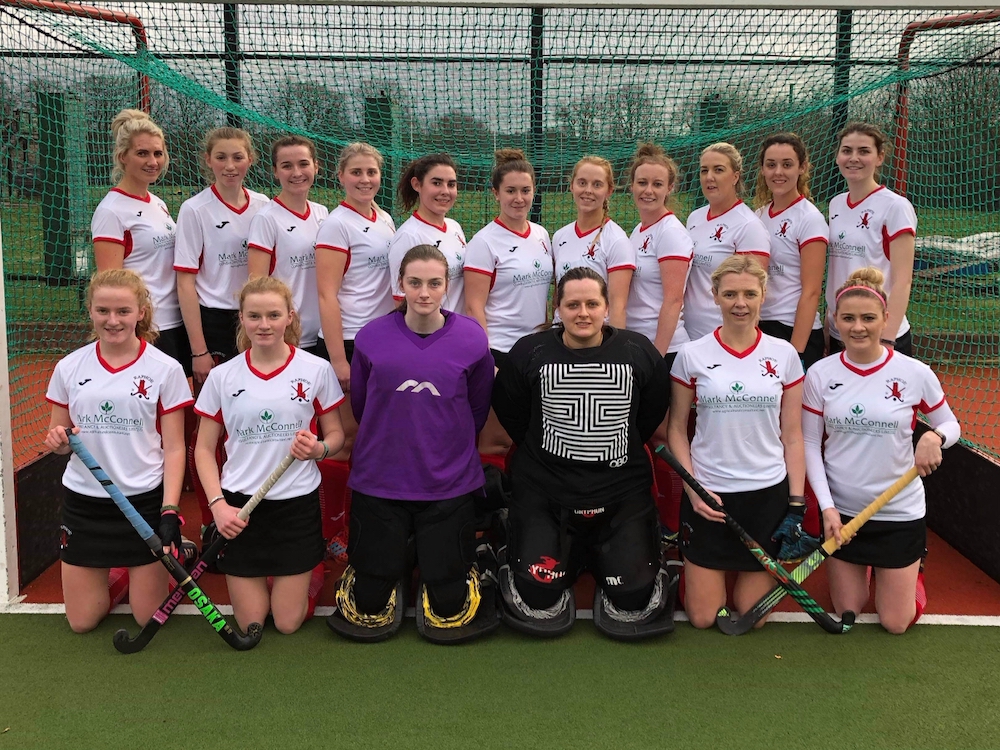 Super home win as Raphoe ladies get back to winning ways

RAPHOE LADIES bounced back in style with a superb home win over Mossley in the Ulster Premier League.

Having suffered a heavy 7-0 defeat at the hand of Ards the previous week, the team were keen to up their performance and put in a better display this week.

A tough hard fought battle was expected, as both teams are currently in the lower end of the Premier League Table, and fixtures like these are important in keeping/getting them out of the relegation zone.

Due to school commitments, both teams were missing some players, and Raphoe were also missing their Captain, Sabrina Barnett, who was out with an ankle injury.  However, the absence of players did not seem to affect this Raphoe side, and they showed that they have a strong squad that came put in the work when down players.

Raphoe started the game at a high intensity, with players putting in great shift by moving in sync back and forth across the pitch, to stop Mossley finding gaps to get the ball through to their forward line.  On the occasions that Mossley did break, Raphoe’s defence held strong and managed to break down any threats that came their way.

The opening goal of the game came in the 20th minute following some quick thinking between Lisa Patterson and Katy Love.   A quick free taken by Patterson within the Mossley 25, found Love wide on the right.  Love knowing that she was surrounded by support, drove along the back line into the circle and pulled the ball back, just at the right moment for fellow attacker Lisa Smyth to deflect the ball high into the Mossley net.

Raphoe continued to play precision hockey, with the midfield of Shannon Porter, Sarah McErlean, Wendy and Leanne Patterson, linking brilliantly with their defence and forward line, creating scoring opportunities.  Naomi Wasson was unlucky not to get on the score sheet, when she watched her shot get saved and knocked wide by the Mossley netminder.

It was two minutes from the half-time whistle when the Donegal girls managed to extend their lead to 2-0, through a short corner routine.  Clean swift movement of the ball between Victoria Wray, Arlyne Kilpatrick and Leanne Patterson, ended with Wray getting the final touch to put the ball over the line and give her team a comfortable lead at the break.

The second half couldn’t have started any better for Raphoe, when within five minutes, Katy Love got her first goal of the match.  Leanne Patterson received the ball in the central mid-field area, and placed it nicely through to Love just inside the D.  Love kept her cool and cutely placed the ball through the legs of the advancing goalkeeper.

With the scoreline now at 3-0, the game could not have been described as all one-way.

Mossley had a periods throughout they match where they had put Raphoe under severe pressure and won a number of short corners during the second half of the game.

However, Heather Humphrey and her solid defence were in form to keep a clean sheet.  Wendy Patterson was in exceptional form with her run outs and blocking the first shots, while Lisa Patterson was making some fearless stops on the line and by the post.

Raphoe’s fourth goal came in the final quarter with a superb display of passing down the right flank.  Kilpatrick worked the ball out of defence and played a slick pass through to Shannon Porter.

Having pre-scanned the area before receiving the ball, Porter quickly laid the ball off to Katy Love inside the visitors circle.  Love made no hesitation at taking her chance and fired the ball home for her second of the day, and bringing the final scoreline to 4-0.

Raphoe can be pleased with their performance, and even at this early stage in the season, these three points could be key to whether they survive in Premier hockey or not at the end of the year. 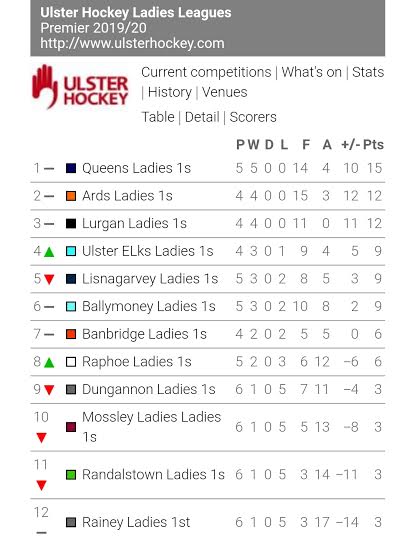 Next week Raphoe will travel to play Lurgan, who have been the Premier League Champions for the previous four seasons.

Player of the Match: Katy Love