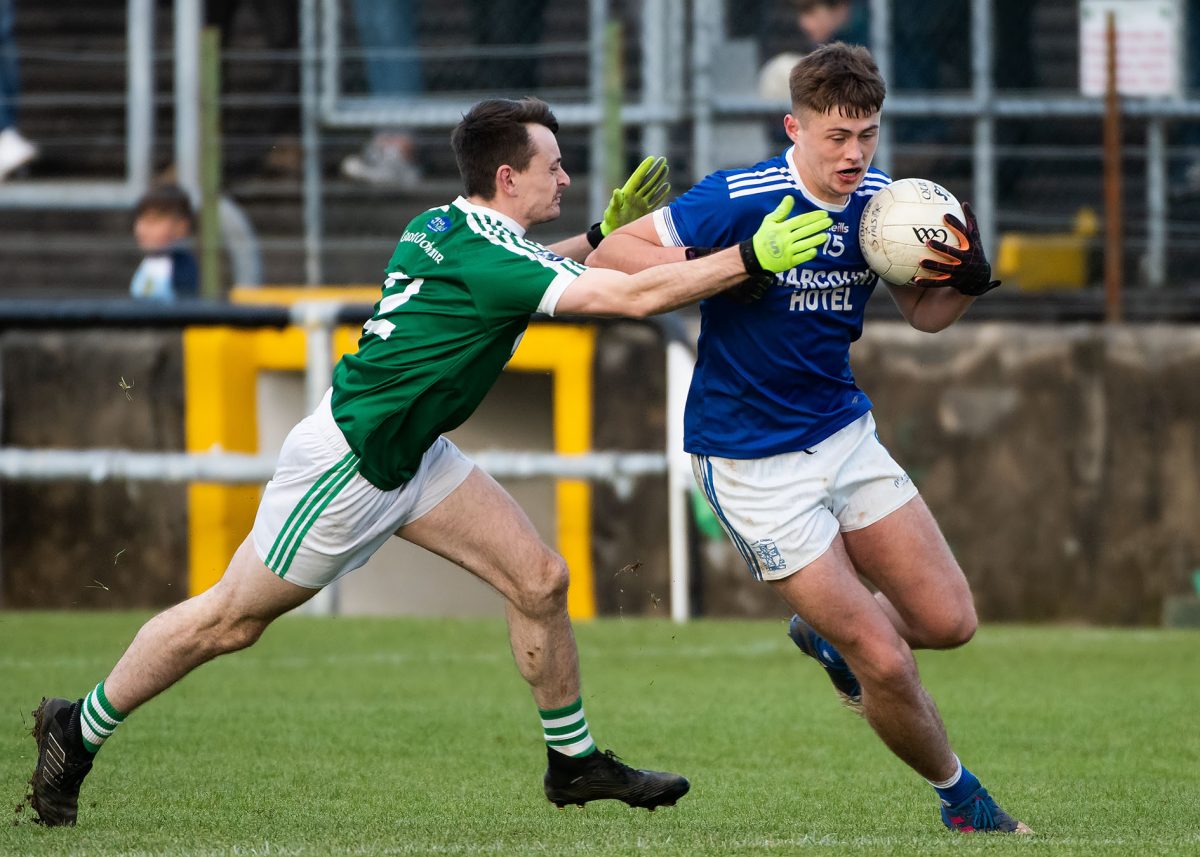 Could the Donegal SFC really be decided by a penalty shoot-out?

THEY JUST WON’T be separated! After two matches that have stretched now to 140+ minutes we’re still no closer to knowing if it’ll be Gaoth Dobhair or Naomh Conaill who will take home the Dr Maguire.

A 0-8 to 0-8 draw first time out last Sunday week preluded a dramatic 0-14 to 1-11 extra-time thriller back at MacCumhaill Park as day turned into night yesterday.

It had been suggested that yesterday’s second draw might’ve been concluded with a penalty shoot-out as both clubs were offered such a fate. However, no agreement was reached.

Martin Regan, the Naomh Conaill manager, said yesterday: “We were never given that option. The only email we got was to say that there would a replay on Wednesday night. We would go to penalties or free-kicks on Wednesday. The option wasn’t there for this Sunday – not that we’re aware of anyway.”

Meanwhile, his counterpart at Gaoth Dobhair, Mervyn O’Donnell, said that his club would’ve preferred to see a winner declared yesterday.

“There was that question asked and as far as I’m aware we didn’t agree to it going to a third game on Wednesday night,” O’Donnell said. “As far as we were concerned we were in favour if finishing it or at least another two five minute periods of extra time, and after that then you are probably coming down to frees.

“The only reason I am saying that is because a lot of lads are going to have to make arrangements this week with college and everything else. It’s mid-term this week so it might not be so bad. Hopefully they can recover quickly.”

For Wednesday’s second replay, which will throw-in at County HQ at 8pm, again the word was that the winners might be decided on a penalty shoot-out if regulation time and extra-time couldn’t provide a winner.

Whoever wins Donegal this year are pencilled into face Cavan champions Castlerahan this coming Sunday at Breffni Park in the Ulster Club SFC.

However, a CCC spokesperson contacted Donegal Daily/Donegal Sport Hub to confirm the lie of the land, saying: “No penalty shoot-out on Wednesday as the clubs have not agreed and we have nothing in regulation to enforce. There will be another replay on Saturday if they don’t agree.”

Both clubs have until Wednesday to consider.