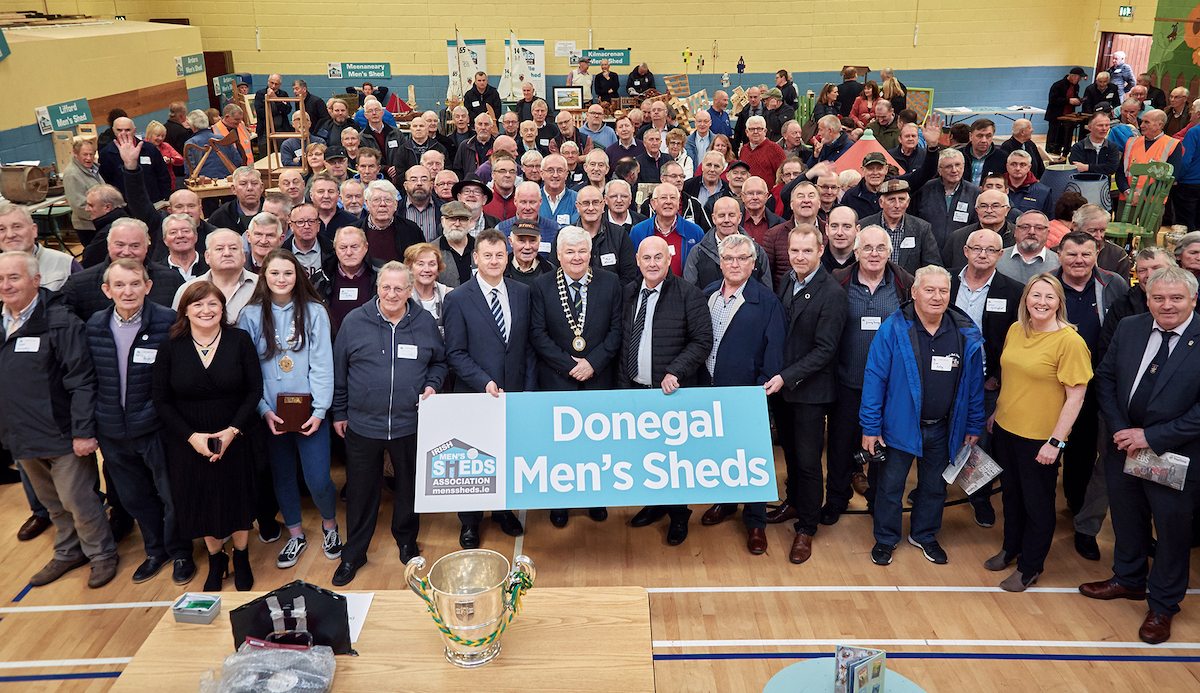 Men’s Sheds groups from all over Donegal gathered in the CPI in Castlefinn on Wednesday last (23 October) to showcase the wonderful upcycled pieces from their groups.

The showcase was part of Reuse Month which runs for the month of October each year. 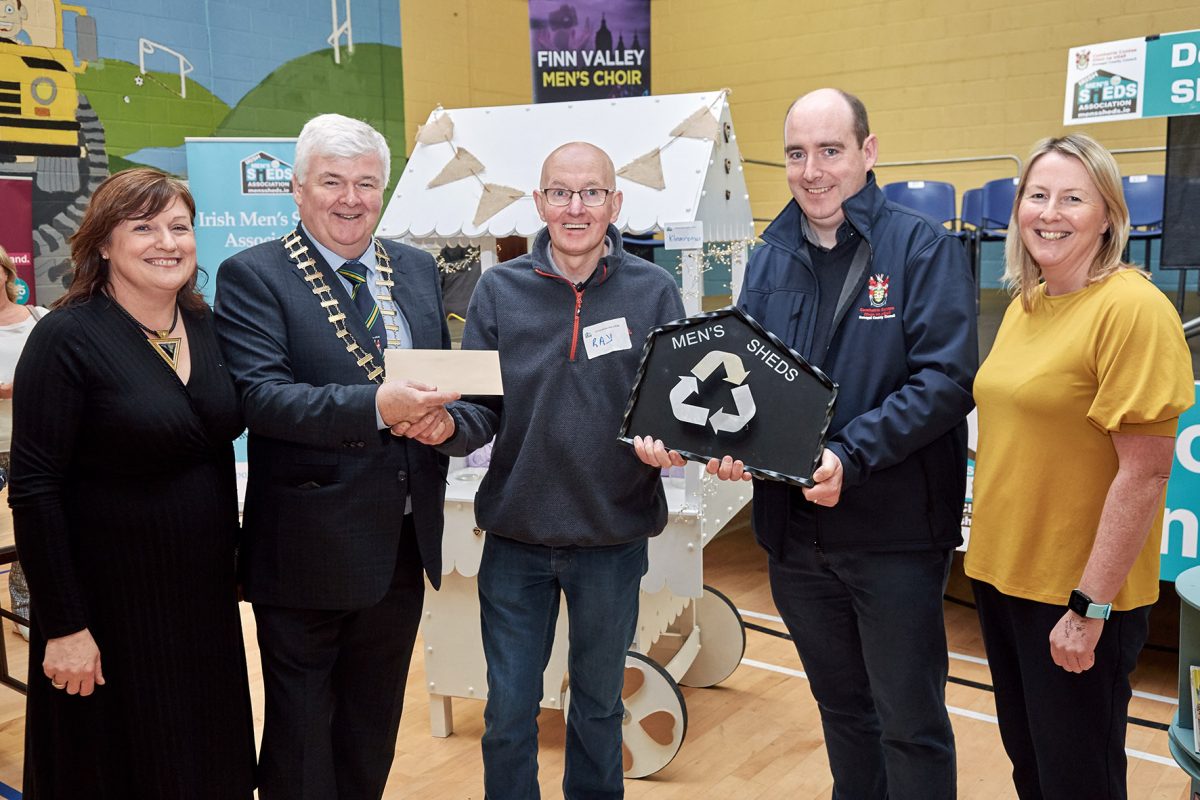 “Men’s Sheds have been to the fore over the last number of years in reusing materials and upcycling products,” says Suzanne Bogan, Waste Awareness Officer with Donegal County Council.

She continued: “And we were delighted to join forces with the Men’s Sheds again this year to help raise awareness during Reuse Month on how everyone can do a bit more for the environment by reusing products and materials.” 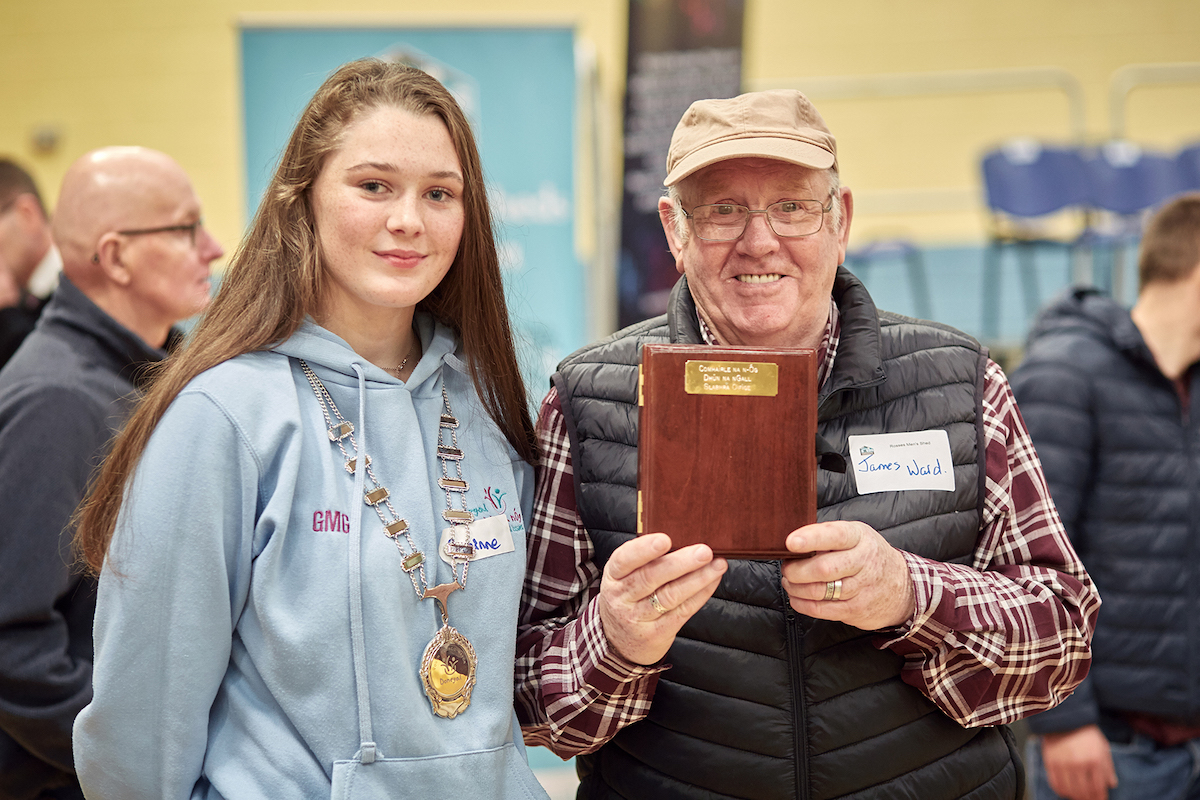 Pictured are Grainne McGlynn, Mayor Donegal Youth Council with James Ward from the Rosses Men’s Shed with a box he made for the Youth Council Mayor’s Chain from recycled wood from St. Mary’s Church in Kincasslagh.

The showcase was a great opportunity for anyone interested in learning more about how you can reuse products and what we can all do at home, at work and at play to manage our waste better.

Donating, refurbishing and repairing items are all forms of reuse and offer people a chance to save or make money, get creative, learn a new skill and be environmentally conscious.

“For instance, getting shoes resoled rather than replacing them, or borrowing books from the library all go a long way in cutting down waste and greenhouse gas emissions and we are asking everyone to go further in October and beyond by prioritising repair, buying second hand and upcycled, borrowing, swapping and refilling,” explains Suzanne. 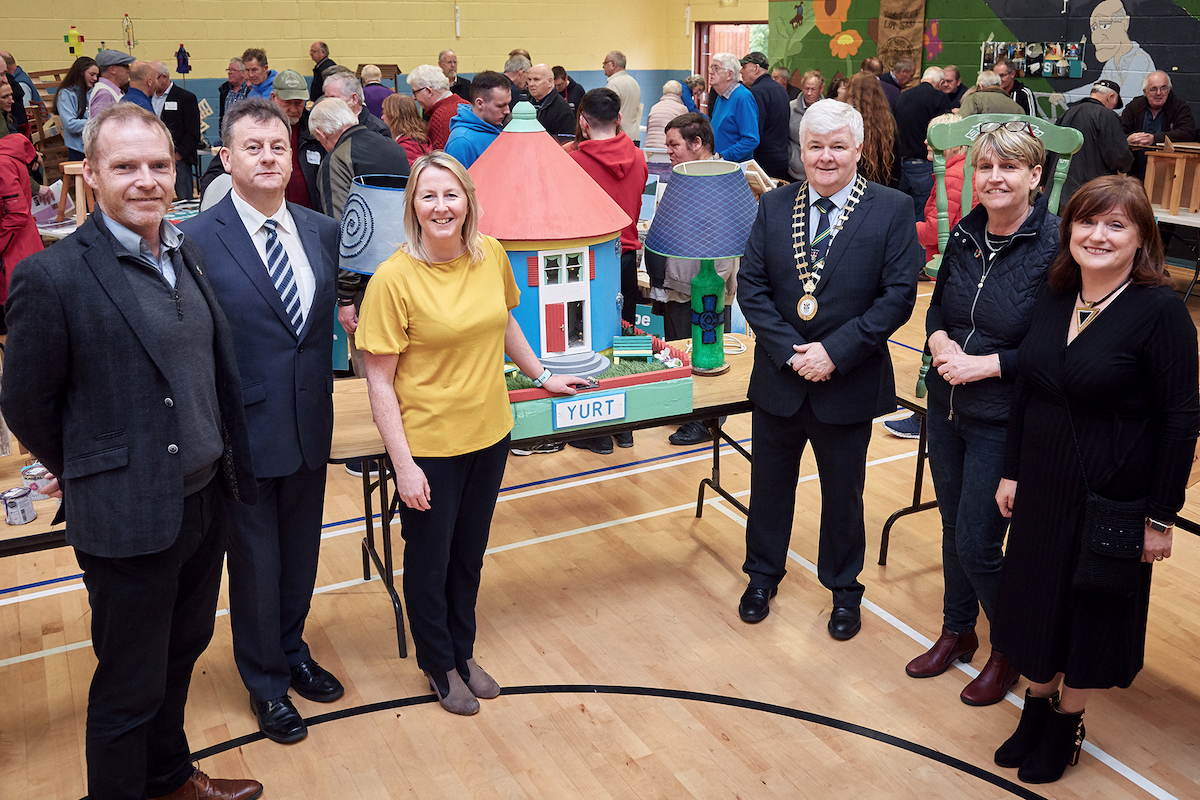 The Men’s Sheds Upcycling challenge was won by Raymond McBride from the Kilmacrennan Men’s Shed Group for the candy cart that he made.

This is one of a number of initiatives taking place during Reuse Month and other initiatives include the School Bikes Africa Campaign where old or unused bicycles can be dropped off at any of the six Donegal County Council/Bryson Recycling Centres in Dungloe, Carndonagh, Letterkenny, Milford, Stranorlar and Laghey or at any Men’s Shed in Donegal.

For more tips on how you can reuse more at home, work and play visit mywaste.ie