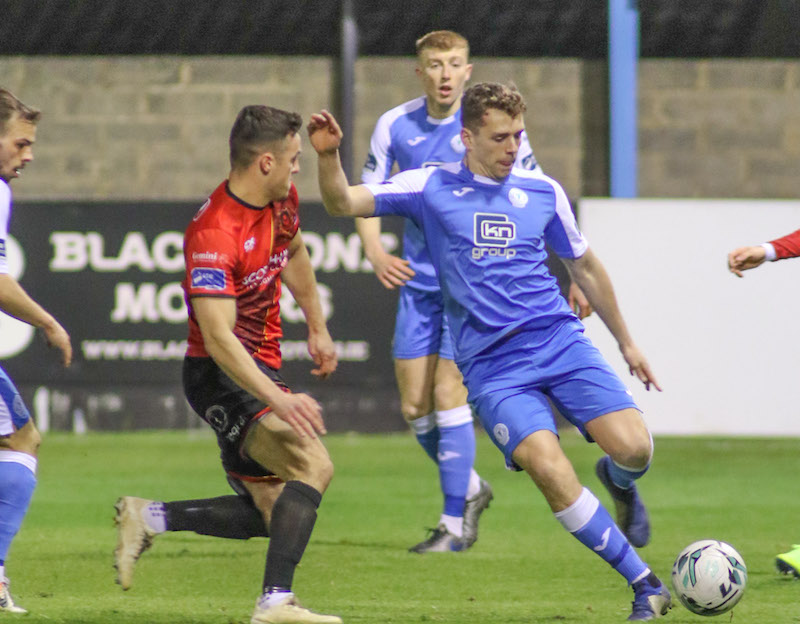 Listen: Tim Clancy says Drogheda have to match their effort on Friday

Drogheda United manager Tim Clancy is expecting a similarly tight battle on Friday night when he takes his side to Ballybofey for the second leg of the promotion-relegation play-off.

Chris Lyons’ injury time goal last night means Drogheda are in the driving seat in the tie after a dramatic finale to the first leg at United Park.

“There was very little in the game and it’ll be the same on Friday,” Clancy told Donegal Daily/Donegal Sport Hub.

“We just have to match the effort and application that we had here.  We weren’t short on effort, but it was maybe a little bit of quality a couple of times when we broke.”

A nil-nil draw looked the likely outcome, but Lyons had other ideas and a cracking finish, in the 92nd minute, saw United Park erupt.

Clancy said: “It was a brilliant goal. He was kicked from pillar to post, but he got up and got on with it. That one chance he had, instead of smashing it, he composed himself and passed it into the net.”