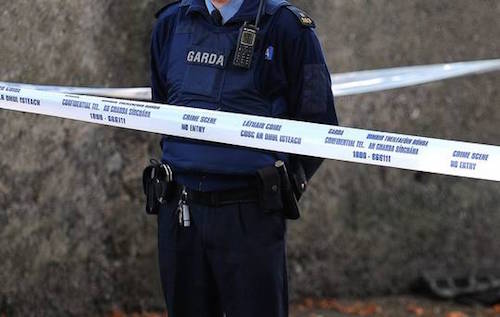 Shocked community asked to rally together in hunt for raiders

Malin locals are being called on to put their thinking caps on as the hunt for four armed raiders continues.

The community was left in shock after a gang of masked men armed with crowbars broke into the home of prominent businessman and GAA club director John Byrne on Saturday night.

The raiders tied up two of John’s adult sons as they searched the house for cash. A substantial amount of money was taken, some of which was later recovered by gardaí.

“The Byrne family would be heavily involved in everything that goes on in the community. What makes it worse is to think that someone could come in and tie up your sons.

“This happened at 7 in the evening. These boys were brazen to do such a thing.

Cllr McDermott commended Gardaí and the local community for their response to the attack.

“Gardaí were there very quickly and everyone rallied behind the family. And hopefully they can do the same to catch these men. If everybody can put their thinking caps on to that day or the days before, and if they noticed anything, then all this information could be put together,” Cllr McDermott said.

The attack occurred at Beugh, on the main road from Glengad to Malin. The masked men made their getaway on foot after the raid.

Cllr McDermott said that it is possible that somebody may have seen something on this busy road that could be vitally important to the investigation.

“We’re in a rural area, you notice if something or somebody strange is about,” he said.

“If four or five people came forward with information, no matter how small, then it could be vital.”

Shocked community asked to rally together in hunt for raiders was last modified: October 29th, 2019 by Rachel McLaughlin
FacebookTweetLinkedInPrint