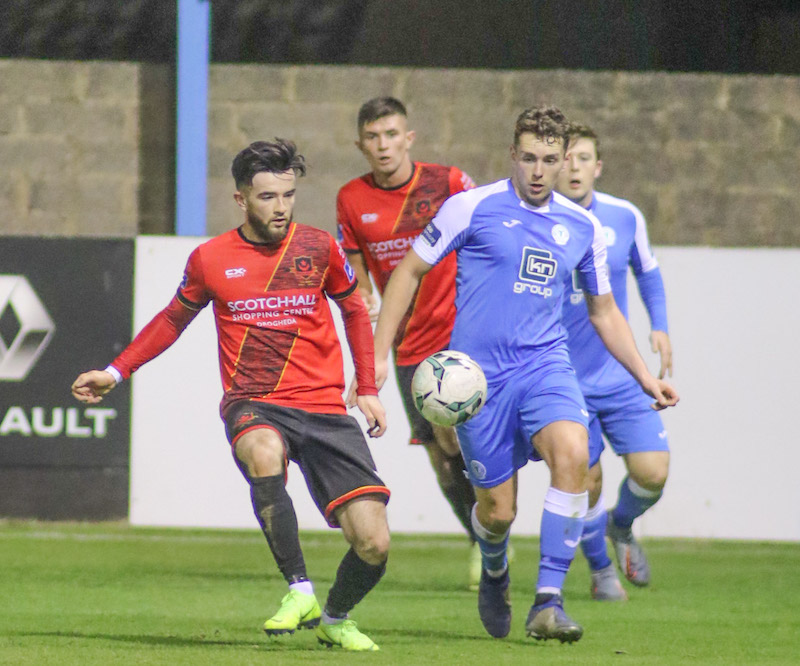 FINN HARPS slipped to a narrow defeat to Drogheda United in the first leg of their promotion-relegation play-off last night.

Just when Harps looked to have secured a 0-0 draw at United Park, Chris Lyons popped up with the only goal of the game in added time.

Drogheda had the better of the chances and Lyons sent the home crowd wild with a 92nd minute strike.

Harps had manager Ollie Horgan sent off in the second half, while Raffaele Cretaro hit the post just after Lyons broke the deadlock.

Here are some highlights of the game, via Drogheda United …