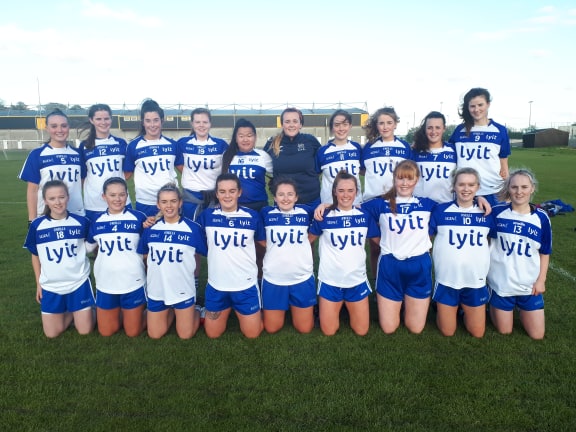 LYIT Ladies had a big win over NUIG this afternoon at O’Donnell Park.

LYIT had 1-6 on the board before NUIG registered a score the goal coming from Danielle McDevitt in the tenth minute.

Julie Trearty, Grainne Tibby, Lauren Cregan, Cora Varley and Kathy Ward all contributed points as LYIT led at half time, when the score was 1-8 to 0-1 in the hosts’ favour.

The second half saw further goals from Lauren Creggan and Kathy Ward to put the result beyond doubt for LYIT.

Late in the game Aoife McColgan was called into action making numerous saves including a stop from a penalty with NUIG’s only goal coming from the rebound.