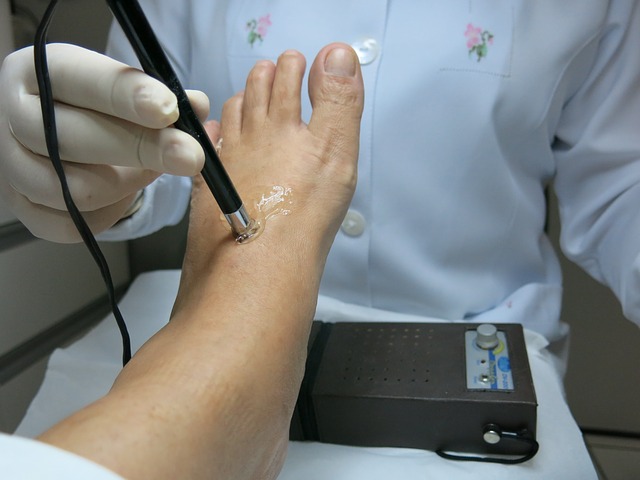 A seven-month wait for patients in need of podiatry appointments at Letterkenny University Hospital has finally come to an end as the HSE confirms the appointment of a locum Podiatrist.

Months of uncertainty surrounded the podiatry support clinic at LUH, which was forced to stop accepting any further referrals last April when the Podiatrist overseeing the service took maternity leave.

The suspension of the service was labelled as a ‘scandalous situation’ by Donegal Deputy Pearse Doherty and caused alarm for high-risk category patients such as those with diabetes who need important supports from the clinic.

It has now been confirmed that a replacement Podiatrist was appointed earlier this month and services have resumed.

Deputy Pearse Doherty said: “This announcement will come as a huge relief to many patients and their families after what has been a worrying and frustrating few months which began last April when the service was forced to stop taking any further patient referrals.

“As many people will recall, the decision to suspend the service was made due to the clinician in charge going on maternity leave.

“This was despite management at LUH having sought approval from the HSE for a replacement Podiatrist as far back as December 2018 in order to fill the vacancy during this period.

“And while it’s my understanding that a candidate had been offered the role last February, their appointment was delayed due to a pause on recruitment within the HSE meaning that the post was among a number of vital positions which were put on hold.

“This resulted in a scandalous situation whereby since last April, patients across Donegal have been unable to access important supports provided by the clinic, something which has caused particular alarm for high risk category patients such as those with diabetes who require regular monitoring given the threat posed by complications of the disease.

“I immediately raised this issue with the Minister when I first became aware of the clinic’s suspension and, following months of delay, I am now glad to have received this news that appointments to the Podiatry service have now resumed.”

The LUH foot clinic provides a broad range of hospital based supports including screening and diagnostic services and, for diabetes patients, it offers wound care management, as well as the provision, supply and fitting of footwear and support devices.

Deputy Doherty added his frustration with the disruption in recent months: “It’s extremely regrettable that patients in Donegal have had to wait for months to see appointments resume once again at the hospital, and it’s clear that both the HSE and the Government are to blame for it and for abandoning these patients like this.

“Notwithstanding this, I am happy that the Podiatry Clinic at LUH is now operational once more and I sincerely hope that patients now begin to receive treatment in a timely and proper manner once again.”