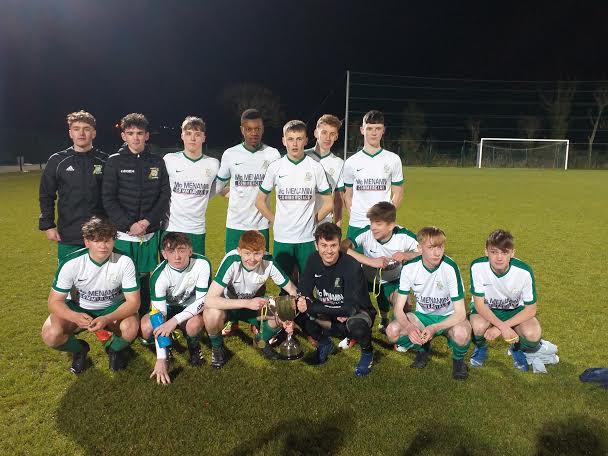 Jack Murphy’s hat-trick fired Bonagee to a memorable 4-3 win over Swilly at The Diamond Park.

For the young Bonagee side – many of whom play in the under-16 League – it was a moment to savour.

“We started the season with a wee small squad and we depended a lot on the under-16 team,” Higgins said.

“The boys have showed great character all season. I couldn’t be prouder. They worked hard and I’m delighted for them.”

Bonagee had to come from 3-2 down to take the silverware. Inspired by Murphy’s treble, the Dry Arch Park outfit did just that.

Higgins said: “The heart was going crazy. It was an entertaining game for the neutral. It was end-to-end at the end up.”