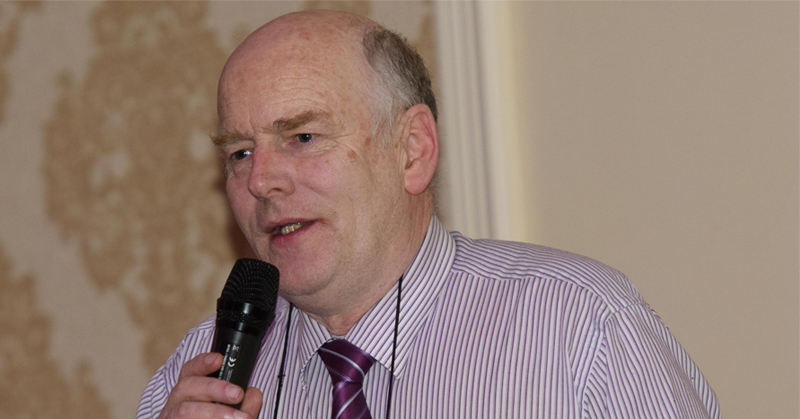 The Chair of the Irish Cattle & Sheep Farmers’ Association in Donegal has issued a blunt warning to beef farmers who are facing a ‘doomed industry’.

Price cuts, financial difficulties, veganism and global warming fears have all contributed to the crisis in Irish beef production, according to Malcolm Thompson, Chair of the Donegal ICSA.

The Tirconaill Tribune reports that Mr Thompson is warning producers this winter to ‘get out before you lose your shirt because this industry is doomed.’

His warning for a drastic cut in numbers is based on the 33.5% increase in dairy cows in the county since 2010 and he says it is now a fact these numbers cannot be sustained as a profit-making model.

In the past eight months alone it is estimated that factory prices for bullocks and heifers have fallen by €140 a head which has totally wrecked the income margins in the beef industry.

Mr. Thompson said that with the industry facing a population of 1.5 million bull calves including 750,000 in the dairy sector, farmers fear that falling prices will cripple the industry and add to the debt mountain in the industry.

Mr. Thompson said that last year the worst of the dairy bull calves sold for as little as €5-10/ a head. With more calves likely to be on offer in early spring he believes that further cuts are inevitable.

He also says the new fears about global warming are adding to the decline in beef consumption and the vegan agenda and the agenda of groups like ‘Extinction Rebellion’ have set an agenda that is ‘outrageous and dangerous’.

Mr. Thompson says: “The bar has been set far too high for our level of emissions given our very small footprint on the planet. And government measures like carbon taxes are counterproductive to the situation because that is not the way to tackle the problem.

“Why should the consumer be saddled with saving the planet when the polluters are causing the problems?

“None of this agenda makes any sense, but then again someone has to pay the bureaucrats in

“Brussels that are dreaming up these plans and I do have real fears about where the EU is going as a real  project of positive progress.

“Donegal farmers must take account of their losses because they have a heavy metal disease with far too much expensive machinery in their yards and not being used.”

He said it no longer possible for any beef farmer to make a living and he believes that less than 2% of those involved are clearing their bank debts even when all EU subsidies are included.

Mr Thompson continued: “At the same time the decline in farming is leading to rural depopulation and that is not good for the countryside. We need a new energy and a new way of finding new enterprises that will earn money. We must look at the organic route where the farmer controls their own destiny; cheese making, niche markets for produce and growing silage for the dairymen are a few of the alternative methods that should be considered.”

He said that alternatives have to be found to save the sector: “There is no way that we can make money at €3.50 a kilogram and things are going to downhill because we have far too many beef cattle.

“Perhaps the EU should be subsidising these farmers over a five year period to half their cattle stock. Perhaps the starting point could be a payment of €400 per cow being reduced from the herd.

“At the same time the subsidy could be used for farmers to focus their skills on other ways of earning a living. “