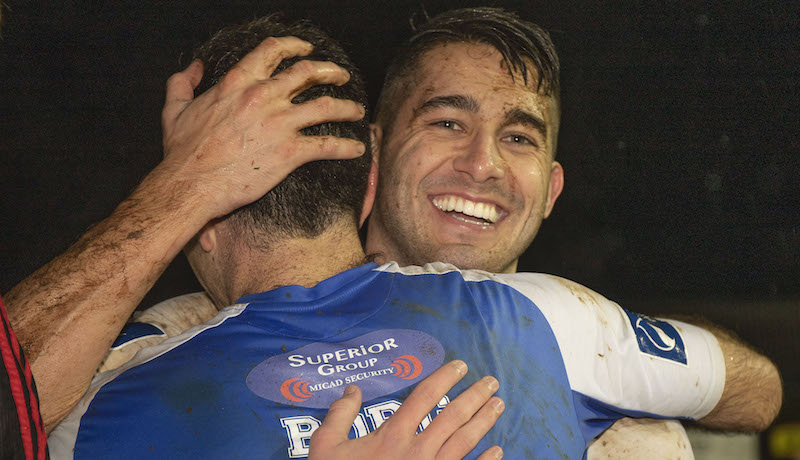 Finn Harps hero Harry Ascroft said tonight’s extra-time goal to keep the club in the Premier Division was ‘the cherry’ on his season.

The start of the Australian’s term at Finn Park was badly disrupted by injury woe, but Ascroft has become a vital cog in the wheel.

Tonight, Ascroft scored the priceless second goal in extra time as Harps defeated Drogheda United 2-0 in the second leg of the play-off.

“This was the cherry on the cake,” Ascroft told Donegal Daily/Donegal Sport Hub.

“It’s not all about me/ It’s about the team and the team dug in very well.

“It wasn’t the most attractive game but everyone put in 110 per cent. The result is the most important thing.

“Our aim was to stay up and we’ve achieved that. That was the main goal. Tonight was fantastic.”