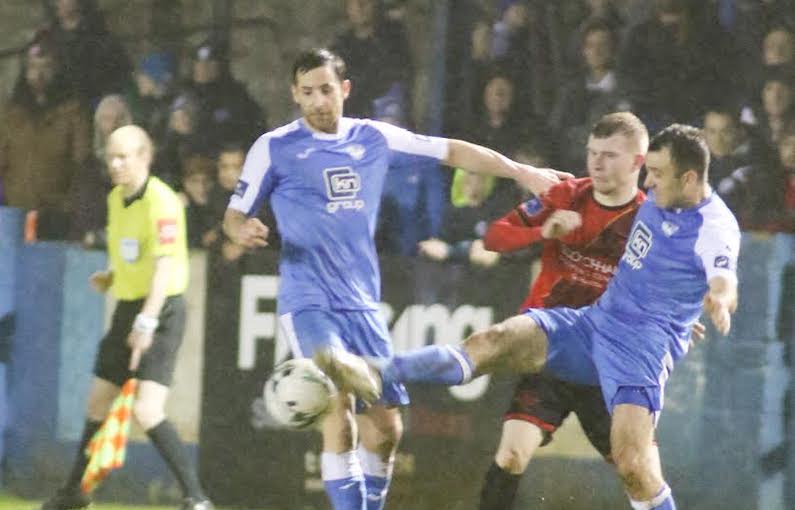 Gareth Harkin has endured some injury trouble in the last two seasons, but the midfielder has been key to Finn Harps’ resurgence in the latter part of the campaign.

Harkin was instrumental again on Friday night as Harps defeated Drogheda United 2-0 after extra time to keep their Premier Division slot for 2020.

“It’s a great way to win and a tough way to lose. I’m happy we came out on the good side.

“It was a horrible night. The pitch was very heavy, but it’s always sweet when you win.

“We had to weather the storm. We kicked again in extra time.”

Mark Russell’s early goal levelled the tie with Harps trailing from the first leg but, just after the start of the second period in extra time, Harry Ascroft headed in a memorable winner.

Harkin said:  “It was great that Harry popped up with the goal. It took ages to go in!”