A LETTERKENNY man ‘with a propensity for violence’ was given a two-and-a-half-year prison sentence for his part in a vicious assault.

Keith Boyle (22) of 11 Derryveagh Avenue, Letterkenny was before Letterkenny Circuit Court where he was arraigned on two counts of assault on Daniel Sweeney and one of making off without payment.

Boyle has been in custody since April 2019 on these charges and tendered a guilty plea.

The Court heard that there is a co-accused in the case, who is currently on the run.

“The co-accused man brought a hammer to the situation,” Barrister for Boyle, Mr Peter Nolan, told the court.

“I am not surprised that it is bounded to have such a negative impact on his life, massive emotional and psychological impacts,” Judge John Aylmer said.

“There is nothing in the victim impact report of Mr Sweeney that is of any surprise, given the serious nature of the injury inflicted in this assault.”

Barrister for Boyle, Mr Peter Nolan, said that Boyle’s co-accused had produced a hammer, which was used in the assault of Mr Sweeney, inflicting a ‘nasty fracture’ to his knee.

Mr Nolan said that the fracture was caused as a result of a blow from the hammer.

“He is a troubled individual,” Mr Nolan said of Boyle who, the court heard, has ‘a worrying number’ of previous convictions and who has a high risk of reoffending.

“Mr Boyle was going to meet Mr Sweeney regarding a girlfriend. Mr Sweeney took off when the hammer was produced by the co-accused. The co-accused is on the run and, as far as Mr Boyle is concerned, he got him into a situation which escalated in its entirety.”

Mr Nolan described Boyle’s involvement as ‘stupid, aimless and he was drunk’.

Judge John Aylmer placed the offences in the mid-range and said Boyle had ‘a propensity for violence, particularly when he is under the influence of alcohol’. 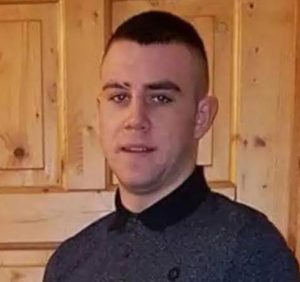 Judge Aylmer said he was happy to ignore the fact that Boyle had ‘thrown a bit of a wobbler on the advice of a genius in prison to alter his plea’ and took into account the early plea and the fact that the defendant had ‘laboured under ODD and ADHD’.

“When he is not under the influence, he has a good work record, there is a good reference here and someone is still prepared to employ him,” Judge Aylmer said.

“There are reasons to be optimistic of the chances of rehabilitation. I want to incentivise that but recognise the seriousness of the offences.”

Judge Aylmer suspended the last 12 months of the sentence. The Judge bound Boyle to enter into a bond of €100 to keep the peace for a period of 18 months subsequent to his release.

The sentence has been back-dated to take into account the fact that Boyle has been in custody since April.