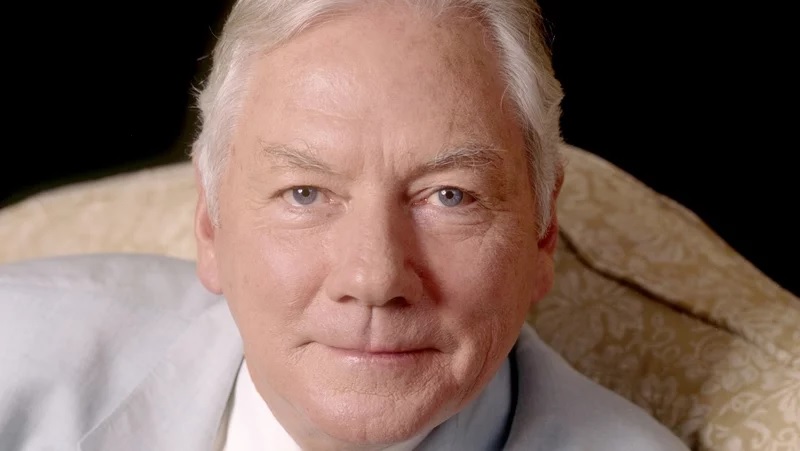 Tributes are pouring in following the passing of Irish broadcaster Gay Byrne, who has died today at the age of 85.

Gay died peacefully in his home in Dublin following a long illness.

He was one of Ireland’s most-loved media personalities and hosted RTÉ’s The Late Late Show for almost four decades. He also presented the ‘Gay Byrne Show’ on RTE Radio 1 for almost three decades.

Gay had a keen fondness for Co. Donegal, where he and his wife Kathleen bought a holiday home near Dungloe more than 40 years ago. He was a popular ambassador for Donegal tourism and helped launch the Go Visit Donegal brochure in 2015.

His death was announced by RTE this afternoon.

In a statement, his family said: “It is with sadness that Kathleen, Crona and Suzy wish to announce that their beloved Gay has died peacefully at home today, surrounded by his family.

“We wish to thank everybody for their love and support during Gay’s illness. Particularly the wonderful teams in the Mater Hospital, St Francis Hospice and the Irish Cancer Society”.

Tributes have been paid by President Michael D Higgins, who described Gay as “a man of great charisma, Gay Byrne was someone who exuded warmth and presence, who was possessed of effortless wit, charm and who had a flair for broadcasting. This was combined with an innate gentleness as a person, professionalism and humour.

The President continued: “Through his work in radio and on television he challenged Irish society, and shone a light not only on the bright but also the dark sides of Irish life.

“In doing so, he became one of the most familiar and distinctive voices of our times, helping shape our conscience, our self-image, and our idea of who we might be. Beyond compassion, which he had in abundance, he had a sense of what was just.”

Ryan Tubridy, the current host of The Late Late Show, said: “It is with enormous and profound sadness that I heard of the passing of my friend and mentor, Gay Byrne.

“He was the master, a once off and the likes of which we will never see again.”