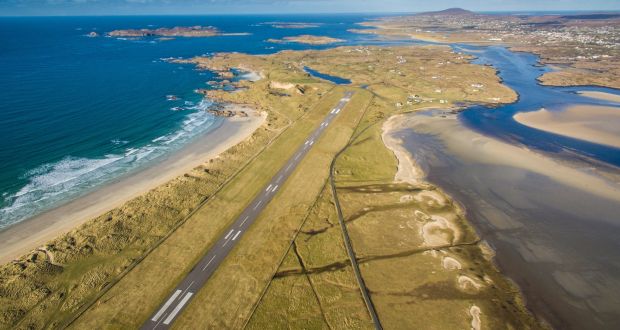 The future and importance of the Donegal Airport to the county and overall region has been defended in a robust submission by a Donegal TD.

Deputy Pat the Cope Gallagher Leas Cheann Comhairle stressed the critical importance of the Public Service Obligation (PSO) to the overall future of the local airport.

“In my submission, I stressed the importance of the airport to Donegal, is immeasurable and its plays a vital role in the socio-economic life of Donegal,” Pat the Cope said.

“County Donegal has a six-mile boundary with the rest of the Republic of Ireland, bordering Co Leitrim only. The rest of the border is with Derry, Tyrone and Fermanagh and measures about 70 miles.

“The fact that 12 times our border length is effectively with a state that shortly will be non-EU member state is significant,” added Pat the Cope.

“To consider removing the PSO from Donegal Airport would effectively be the same as signing its closure order. The success of the airport at present is built on the PSO, and we have seen numbers at the airport grow continuously over the past decade.

“I made the case for the further expansion of the airport in the years ahead, but this was based on the principle that the airport is subvented into the future by way of the PSO.

“I also stressed that the current PSO for Donegal Airport is in keeping with the general scheme and rules of governing PSO intervention of regional airports as directed by EU Commission rules,” he said.

“Donegal Airport has a critical role to play in the future and continued development of Co Donegal, but this can only be achieved by the ongoing support of successive Irish Governments through the PSO arrangement.

“The PSO and the future of Donegal Airport are solely dependent on one another.”