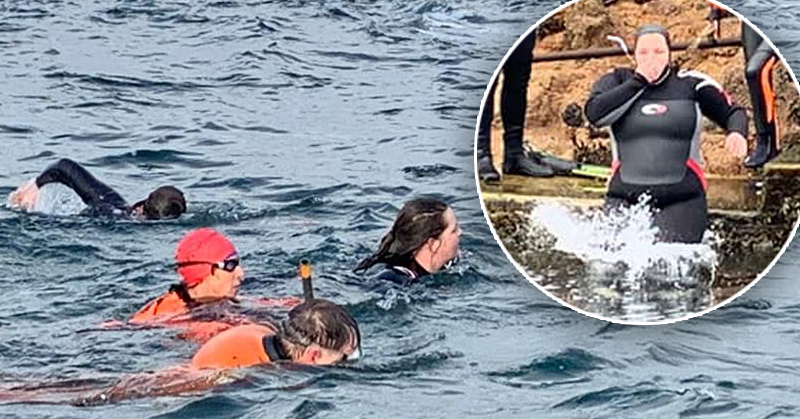 Fiona Harrington (27) swam from Owey to Cruit Island on Saturday to raise money for the BUMBLEance children’s ambulance service.

While she isn’t an experienced swimmer, Fiona ventured into the water for the 1km swim while her family and friends cheered her on. Speaking to Donegal Daily, Fiona admitted that she was a ‘bit sore’ the day after the swim but overwhelmed to raise more than €23,000 so far. 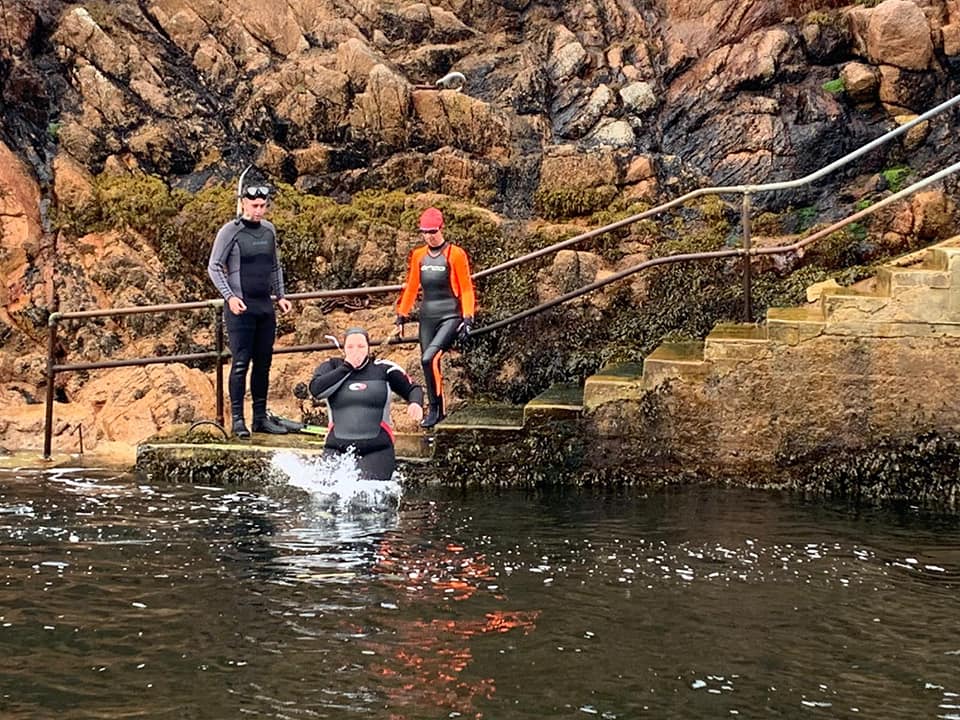 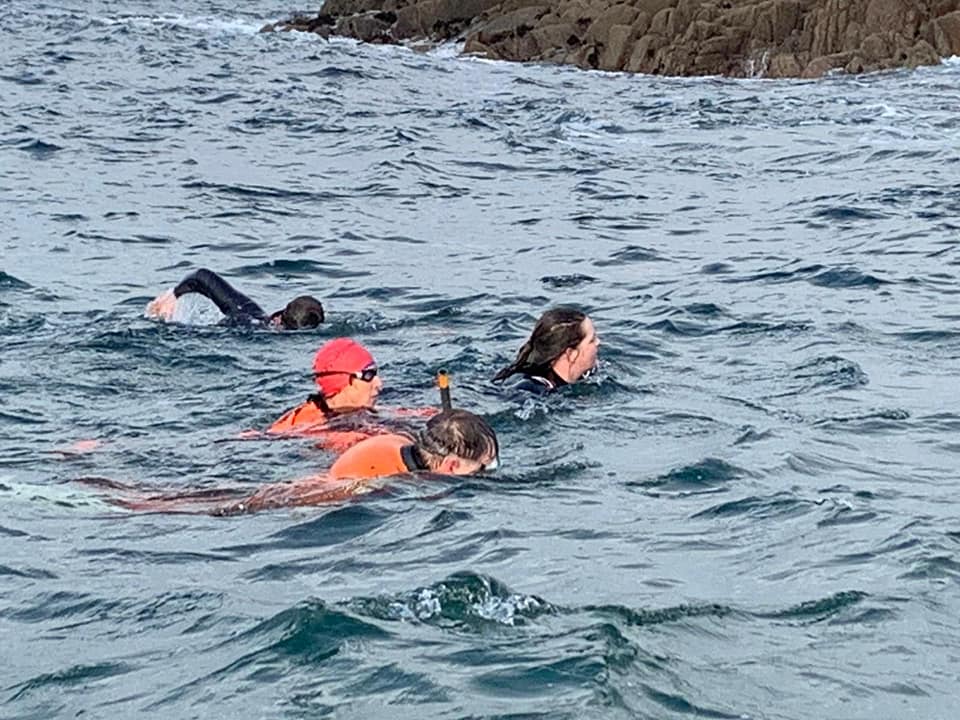 The entire feat was inspired by Fiona and her partner Dwain Rodgers’ baby girl, Willow.

Willow is seven months old and was born with a life-limiting condition called Smith-Lemli-Opitz.

The birth defects caused by the disorder make travelling a huge challenge for the family. But the BUMBLEance service made Fiona and Dwain’s dreams come true in August when they helped them fly with Willow to Bere Island in Cork for a special visit to see Fiona’s parents.

“Willow is on oxygen, a feeding tube and morphine. We would never have been able to drive to Cork ourselves.

“BUMBLEance flew us from Carrickfinn Airport, which is just behind our house, to Kerry. Then they had a BUMBLEance for us on the runway and brought us to the ferry. It was so nice to bring her to my home. They made our dream come true.”

Fiona, who is originally from Cork, was so amazed by the charity service that she wanted to do something to give back.

She came up with the idea of an island-island swim, but never expected to raise so much money.

So far, the total raised between online and offline donations is estimated at €23,000. 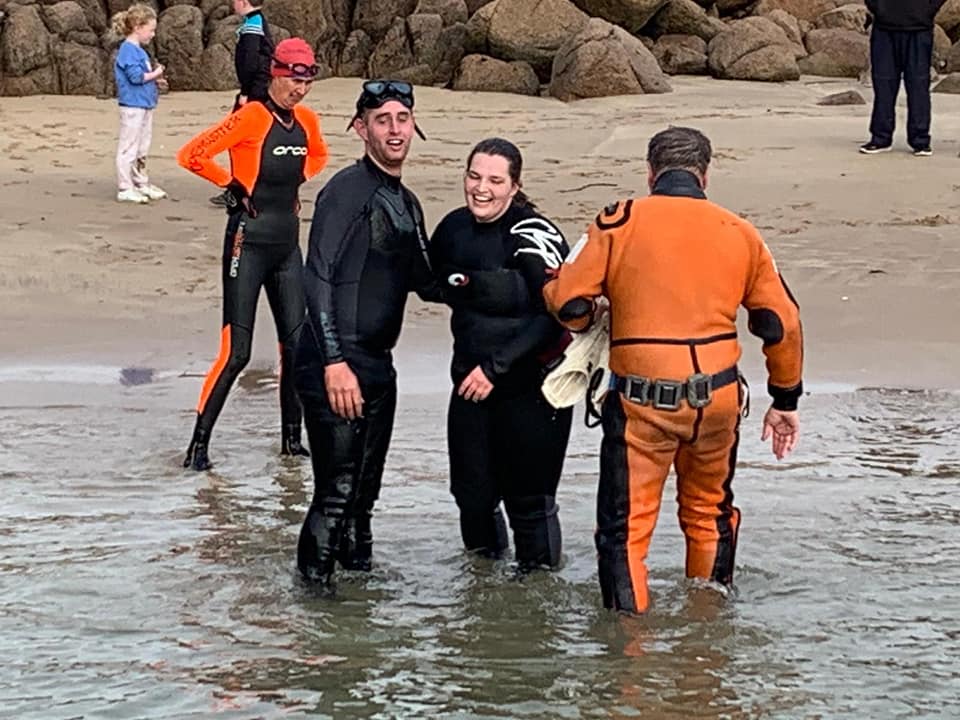 Fiona said: “I can’t believe it. At the start, I only expected to get a thousand euro, maybe two.”

Looking back on the swim, Fiona said that Saturday’s sea conditions were a challenge during the 40 minute journey.

“It was a bit wavy out. I was definitely rougher than I thought it would be,” she said.

“It took me a while to get into it at the start. We started on land and I had to swim out through a cove but there was a strong drag there.

“I was joined by John Green from the Arranmore Fast Ferry and Judith, a woman from Belfast.

“My dad was in a rib with the Arranmore Fast Ferry that came alongside us and he got in to swim beside me at the halfway point. And Dwain was in a rib on our other side taking photos.” 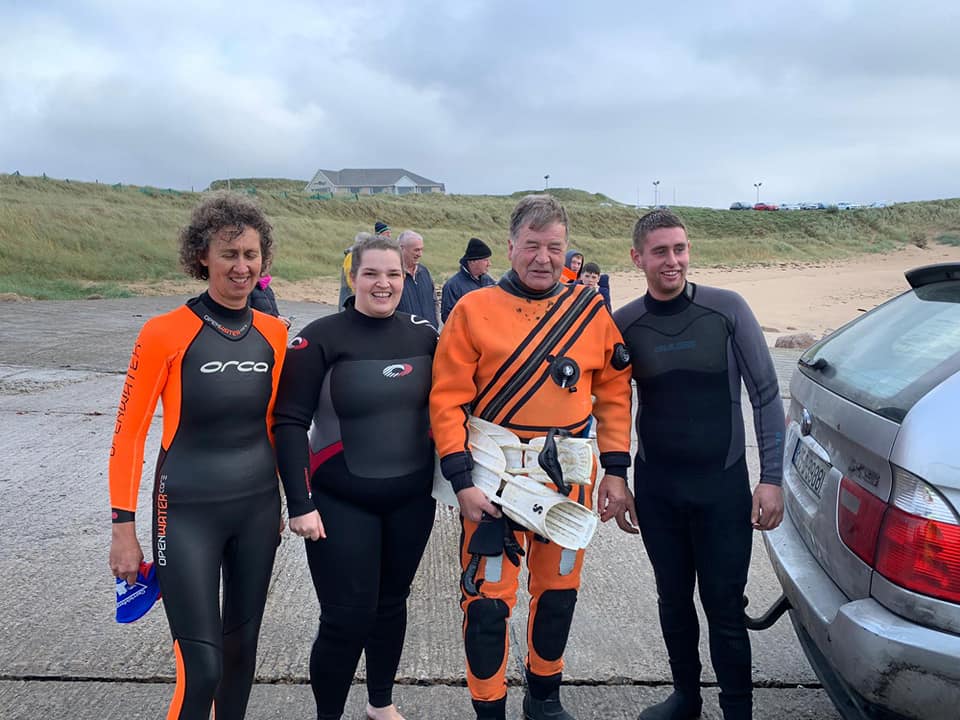 Fiona had great support from the Arranmore Fast Ferry and said that she is thankful to every person who donated and helped with the charity swim.

There is still time to donate and if you would like to support BUMBLEance, visit Fiona’s fundraising page here:
https://www.justgiving.com/fundraising/fiona-harrington3