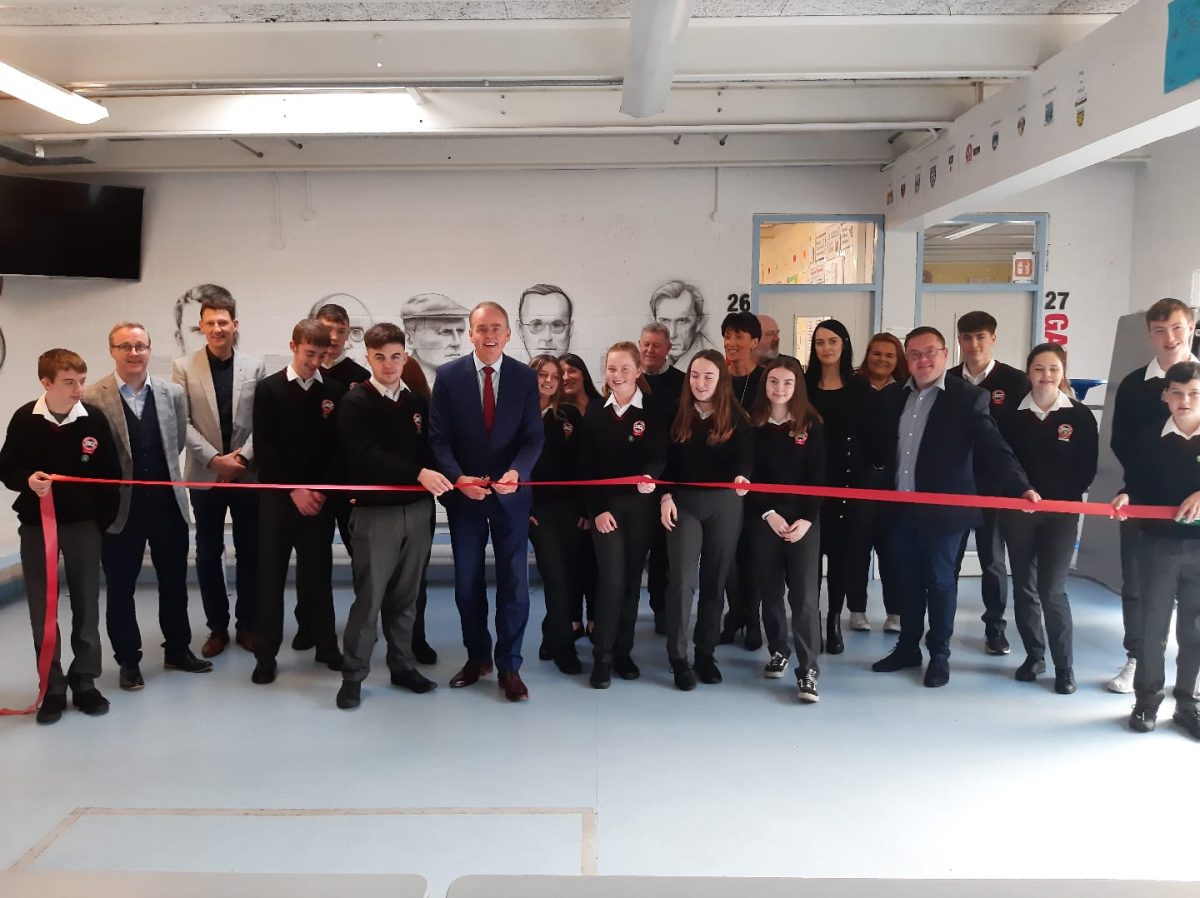 There is delight in west Donegal today (Mon) as the Scruth and Ionad Gaeilge at Rosses Community School officially opened.

Minister for Education and Skills Joe McHugh TD officially opened Scruth and Ionad Gaeilge at the community school in Dungloe.

“Rosses Community School and principal John Gorman are doing great work to promote our language among the next generation,” Minister McHugh said.

“The school set some goals and is surpassing them thanks to a positive approach.”

Rosses Community School Will now have a “Cearnóg” where students can gather to speak Irish, regardless of their ability and without any prospect of criticism.

Minister McHugh said: “The idea of the Cearnóg fits in with the school’s ethos of inclusion.

“There’s a responsibility on all of us to support efforts like this in the Rosses and I think huge credit should go to the teachers and staff and the students.

“The number of children taking Higher level Irish is growing in the school and that surely is a testament to the quality of leadership and teaching.”

The Minister added: “Rosses Community School and John should also be praised for putting itself out there to promote special education,” the Minister said.

“The school was earlier this year approved for three classes for special education which will mean a 650m2 extension. The work will also include new furniture and equipment, a toilet/shower block for assisted users, a practical activity room, a multi-sensory room, an office, staff toilets and a store room.

“Outside there will be a sensory garden, a secure hard and soft play area and new car parking.”