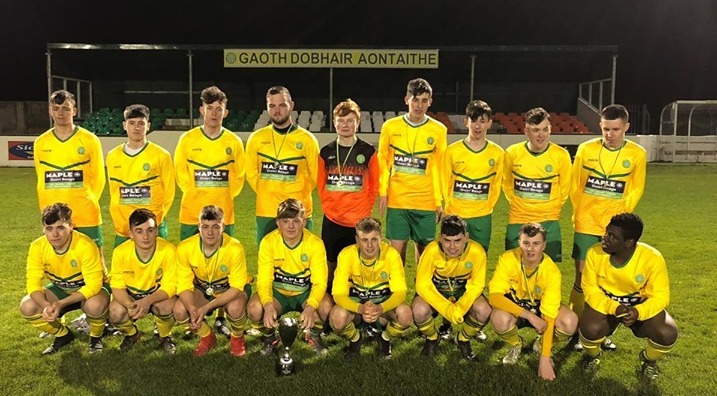 As the curtain came down on the Donegal Youth League season, it was Gweedore United’s night.

Both sides, along with Lagan Harps, had finished tied so a playoff series was needed and Gweedore clinched the title having also defeated Lagan Harps 2-0 earlier in the playoffs.

A cracking free kick from Rhys Boyle had Eany ahead before Gweedore levelled through a Steven Doyle McFadden penalty.

The game looked set for a draw until Liam McFadden popped up to fire home the winner and lift the title for the Paul McGee managed side.