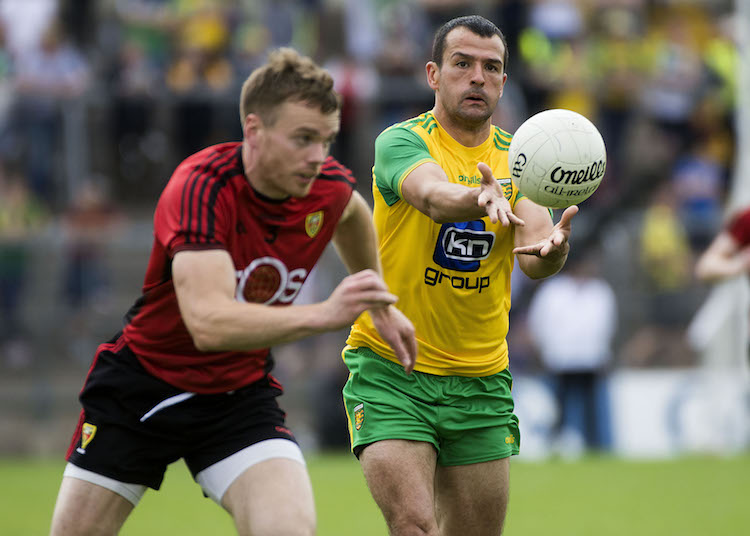 DONEGAL LEGEND Frank McGlynn called time on his inter-county career this week – and he joined us to reflect on his memorable journey.

The Glenfin man confirmed yesterday that his time in the green and gold had come to an end. He made 172 appearances – 68 of them in the Championship – for Donegal.

McGlynn was an All-Star in 2012 when he was also a Footballer of the Year nominee as Donegal won the All-Ireland.

A five-time Ulster SFC winner, he scored a goal in the 2012 Ulster final against Down. In 2012, McGlynn scored a total of 1-4 in Championship football, including a point in the All-Ireland final win over Mayo.

Charlie Collins caught up with McGlynn. Listen to the full interview below …