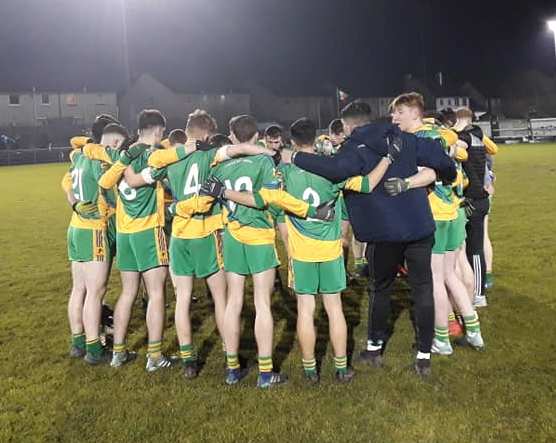 However, the Inishowen amalgamation lost out by a point to Cathair Dhoire on a historic night at The Scarvey.

For Cathair Dhoire, it was also a first time to dip the toes into the Mac Rory’s waters with both having previously played at Mac Larnon Cup level.

Cahir McMonagle grabbed the winning point for Cathair Dhoire as they hit the edge.

When McMonagle fisted to the net, Cathair Dhoire were 1-14 to 2-5 ahead.

However, something stored in the hosts,

McDaid riffled home a goal and, with Conor O’Neill, Luke Doherty, Conlan and Drew McKinney on the mark the teams were on level terms.

Yet, there was heartache for the home side as McMonagle tucked over the late point that won it.