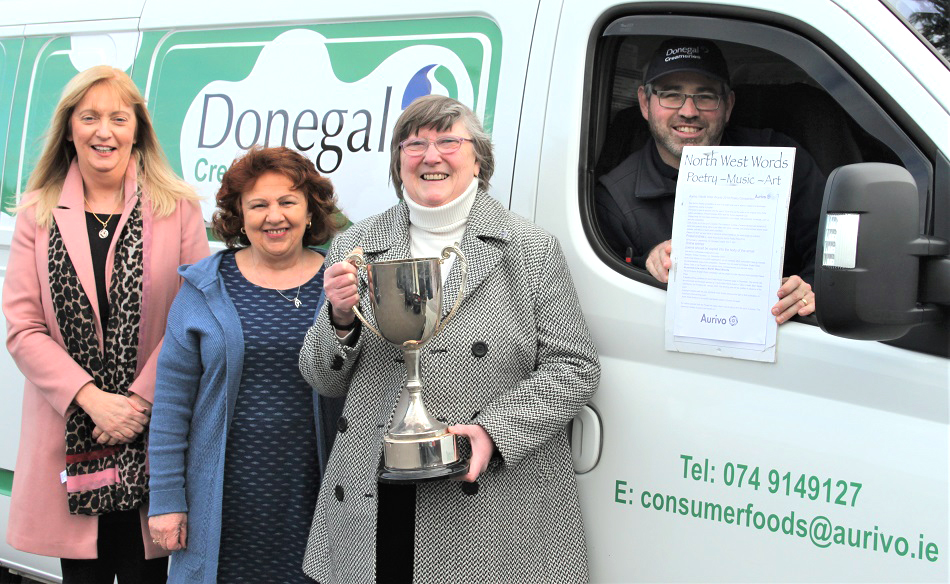 The Aurivo /North West Words Poetry competition is now open for creative and talented writers to submit their entries.

Now in its eighth year, the competition is open to original and previously unpublished poems in English.

This competition is open to anyone over the age of 18, as long as the poem is the original work of the author submitting it. The winner will receive €250 and and the Aurivo Perpetual Cup.

Copyright remains with the poet, but North West Words reserves the rights to the first publication or broadcast of the winning poem. Entries must not have been previously published in any media, self-published, broadcast and/or won any competition.

The cost of entry is 5 euro per poem and there is no limit to the number of poems you want to be submitted.

For online entries, poems should be copied into the body of the email and sent to northwestwords@outlook.com. the deadline is 5pm on Thursday the 12th of December 2019.

For postal entries, send your poem(s) along with a cover letter with name, address and phone number and/or email address and the title(s) of each poem submitted. If you are sending more than one poem, please put each poem on a separate page. Please DO NOT put your name or personal contact details on the same page as the poem(s). Postal entries are to be sent to: North West Words, Aurivo Poetry Prize 2019, 54 Thornberry, Letterkenny, Co. Donegal, Ireland, F92 Y 76W.

The 2019 Aurivo English Poetry Competition will be judged by Kate Newman from Summer Palace Press. All entries are judged anonymously.

North West Words ins a non-profit organisation run on voluntary effort and competition fees go towards the administrative costs of the competition. Payment may be made by Cheque, Postal Order, Money Order (payments should be made out to North West Words) or via Paypal.

A shortlist will be published on North West Words’ Facebook page in December. The winner will be announced and the prize awarded at a North West Words Event in Dillon’s Hotel, Main Street, Letterkenny, on Thursday the 30th of January 2020. the winning poet will be notified in advance of the event.