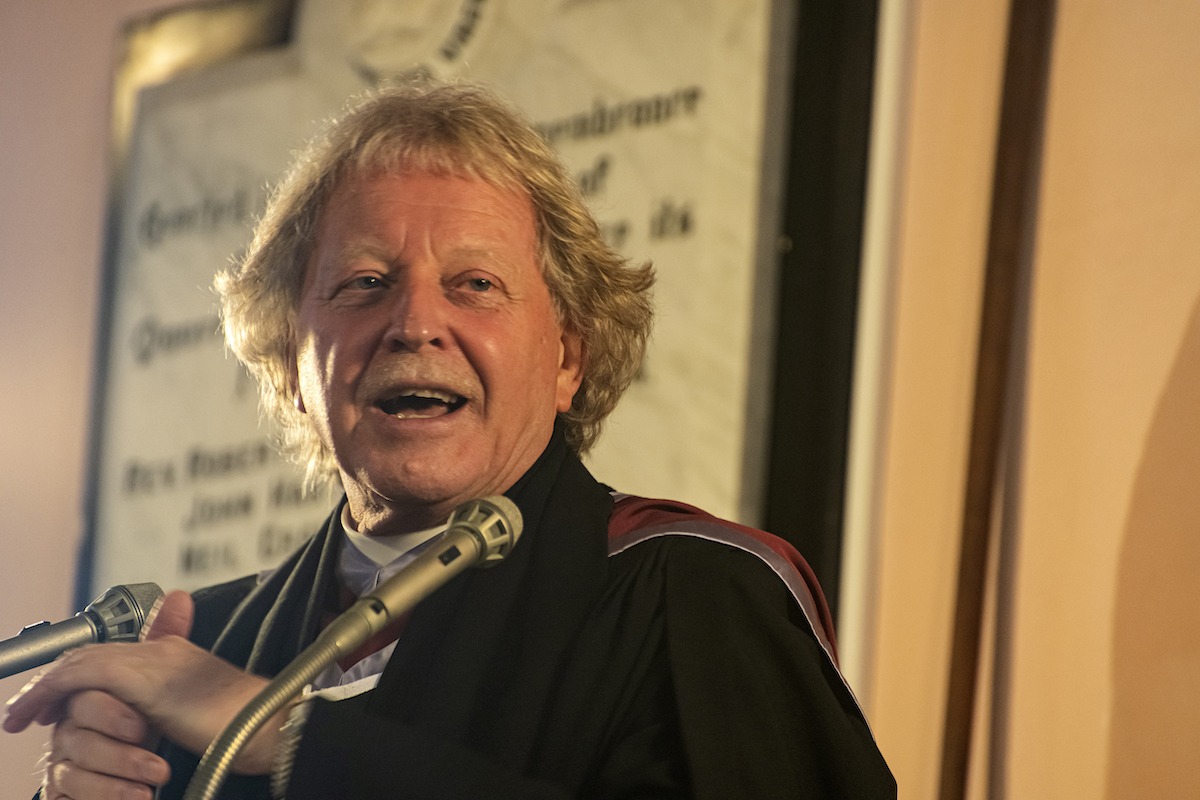 The Donegal minister who struck up an unlikely friendship with Sinn Féin’s Martin McGuinness, in turn causing a rift amongst his congregation in the Presbyterian Church.

Some who left the church had lost loved ones at the hands of the IRA.

Rev Latimer said he was retiring with a “heavy heart”.

Reflecting on his relationship with Mr McGuinness and the controversy it caused, he said: “You’ll never take everybody with you, but if you were to wait until all the ducks were in a row you would end up doing nothing.”

“There was a hand that was guiding and a heart that was planning.

“That was the hand and the heart associated by the maker of us all – Catholic, Protestant, atheist, agnostic, black, white, republican, loyalist, and I look back and I see what I could never have imagined – meeting a man named Martin McGuiness and Martin McGuiness meeting me.”

The pair became friends in 2006 when Rev Latimer asked Mr McGuinness for help as his church, which overlooks the Bogside, was being attacked by paint.

“We clicked and I believe maybe that was the reason I came to this city.”