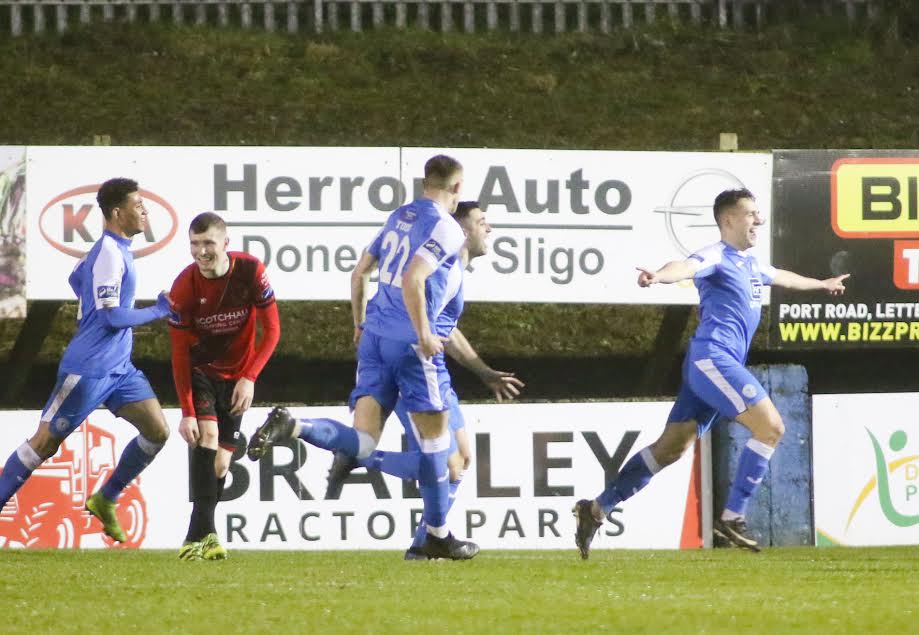 Russell glad to have made his ‘Mark’ on Finn Harps

Mark Russell says Finn Harps’ keen interest in him was the main reason he elected to move to Finn Park this season.

Russell spent some pre-season time at both Harps and Derry City before signing for Harps three games into the 2019 season.

He proved a quality signing by Ollie Horgan and it was the Scot who netted the opening goal against Drogheda in last Friday’s promotion-relegation play-off final second leg.

“I really enjoyed myself,” Russell said of his season in the League of Ireland.

“It was my first time away from my family, but I was made to feel very welcome at Finn Harps. I really enjoyed playing here.

“The coaching staff got in touch with my agent. They made me feel wanted. I wanted to come and try my best for them.”

Russell said: “I couldn’t have timed it any better. I’m over the moon to get the goal in the play-off final. 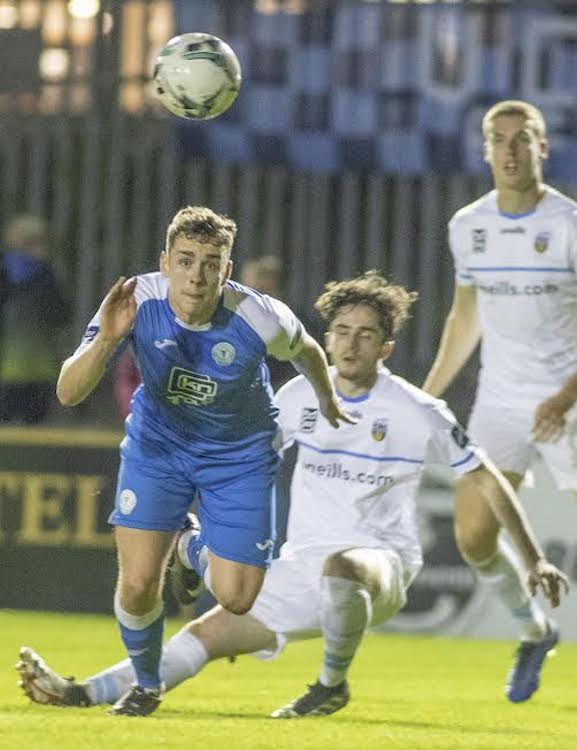 Harps Mark Russell keeps his eyes on the ball as he sets up another attack on the UCD goals. (North West Newspix)

“We went into the game thinking we could get the first goal and take it from there. We knew we could win the tie eventually.

“Words can’t describe it. Everyone in the ground backed us. They came out in their numbers for us.”

Russell was included, while at Morton, on the PFA Scotland League One Team of the Year in the 2014-15 season.

His goal came after just seven minutes, but admits that the clean sheet at the other end was every bit as valuable.

He said: “My main attribute is going forward, but we had to stay compact and keep the clean sheet.

“We were very patient in the build-up. We were always ready for the game going to extra time.

“We base it all on hard work. We have a never-give-up attitude. We’re just thankful that we managed to stay in the Division.

“It was a very nervous last five minutes. Thankfully we managed to hold out and get the win.”

Russell seems set to join Ascroft – who this week signed for Dandenong Thunder in Australia – in leaving Finn Park.

Wherever he may go in the winter months, Russell will have fond memories of his time by the Finn.

And the 23-year-old believes there isn’t much between the League of Ireland and the Scottish League.

He said: “The top sides in Ireland are serious teams. There isn’t much between the rest.

“I would say the top teams would compete in the Scottish Premiership. The rest would be okay in the Championship.”