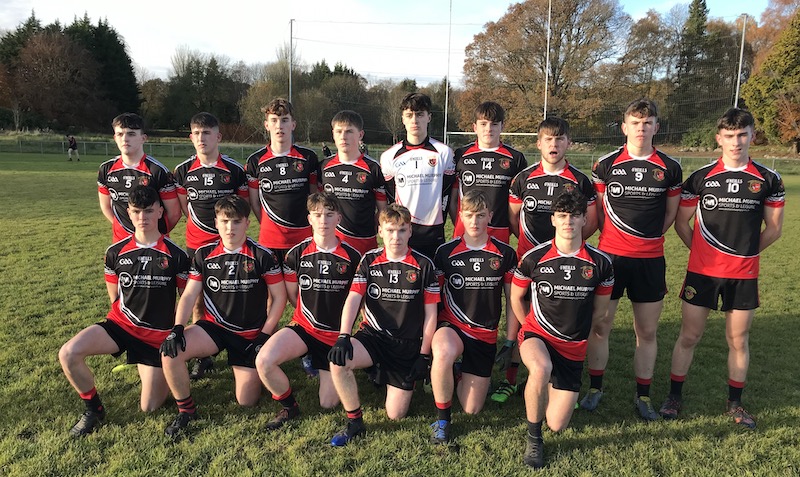 ST EUNAN’S College got their Danske Bank Mac Rory Cup off to a winning start at Drumragh this afternoon.

By Charlie Collins at Drumragh

St Eunan’s had two points to spare over Holy Trinity in their opening game of the new term.

However, the Letterkenny scholars had to withstand a strong comeback from Holy Trinity in the final quarter.

Eunan O’Neill kicked three frees with Thomas Doris and Aidan McAleer on the mark. By the 56th minute, Holy Trinity were within striking distance, but St Eunan’s held on for the win.

Monaghan and Eoin Dowling swung the tide and St Eunan’s were into a lead they wouldn’t relinquish.

Shea Lawn, the Holy Trinity, pulled off a magnificent save to deny Shane Monaghan a 25th minute goal. The Naomh Colmcille man seemed set to rattle the net, but Lawn made a telling save.

Jack Alcorn added to the tally after a superb fetch.

Eoin Dowling and Dunleavy converted from distance and Monaghan looked to have put it too far out of Holy Trinty’s reach.

That he did, but St Eunan’s were nervous as their opponents hit back.