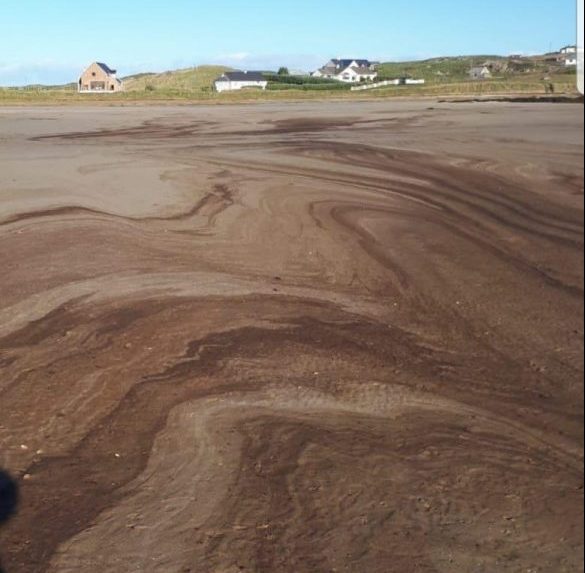 A foul smell has been offending the nostrils of beach-goers in west Donegal – situated next to the world’s most scenic airport.

Described as smelling of “raw sewage”, the pong is said to have been noticeable in the area around Donegal Airport in Carrickfinn, County Donegal.

Donegal Airport has been named the most scenic in the world for the second year in a row earlier this year.

One local resident said: “The stench of was awful, It’s like a vile sewage smell that lingers.

“It had been raining very heavily, so that might have been something to do with it.”

It is unclear at this stage what the discharge is at this time but local councillor Micheal Mac Giolla Easbuig has urged Donegal County Council to act fast before the problem gets “out of control”.

The councillor that the smell has been a recurrent problem and there was a concern locally for an oyster farm in the area.

He said: “I have asked the council to investigate this and I am concerned over the impact that it may have on the local community who walk those beaches regularly.

“This is not the first time this has happened, it isn’t even the second or third time and nothing is being done about it.

“What does that say about our services when the beach is right next to the most scenic airport in the world?”

He added that Irish Water had been contacted on several occasions over the installation of a sewage treatment plant in the area.

“I have been asking them (Irish Water) to engage in a conversation with me for some time over the installation of the sewage treatment plant for the Anngaire parish.”

A spokesperson for Irish Water was unavailable for comment when contacted before publication.