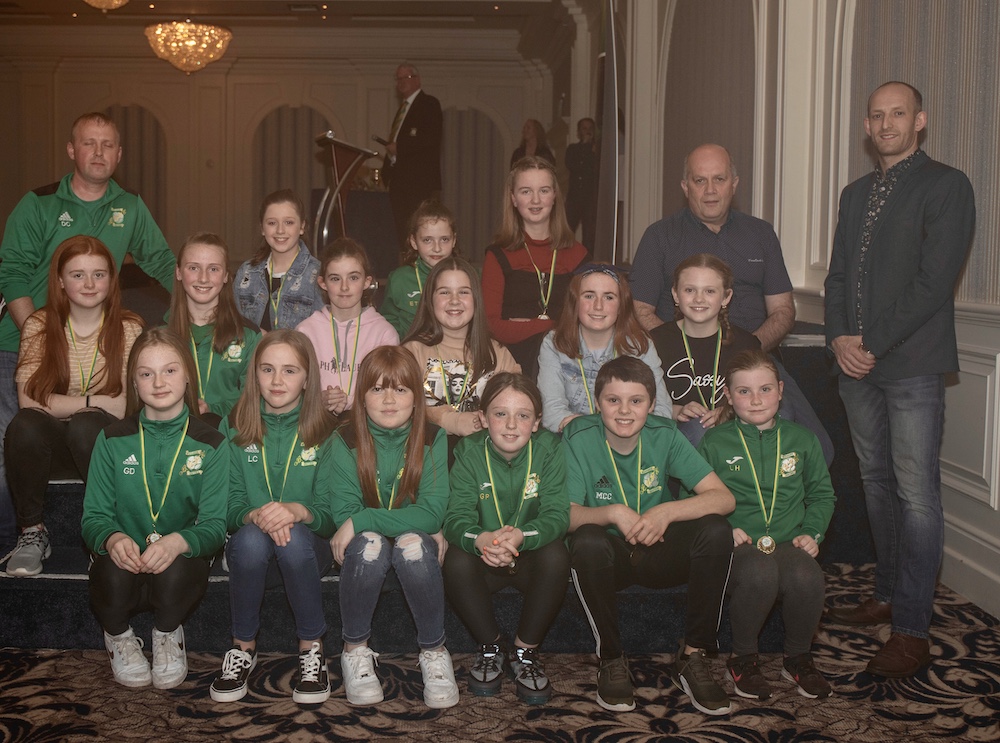 Bonagee United senior player Michael Funston – who made 335 appearances for Finn Harps after coming through Bonagee’s underage ranks – was the special guest.

Experienced defender Maureen O’Donnell was named Players Player of the Year after a stellar year at the back in the gold and green.

The ever-dependable Siobhan Sweeney was named as Young Player of the Year and Natalie McFadden, the senior captain who has been at Bonagee since the start of the club’s ladies teams, took the top goalscorer award.

It was a season when the underage ranks went from strength to strength again and the crowd in attendance bore out the success of the club at the moment.

Under 8: Player of the Year: Tara McDaid

Under 10: Player of the Year: Lilygrace Harvey