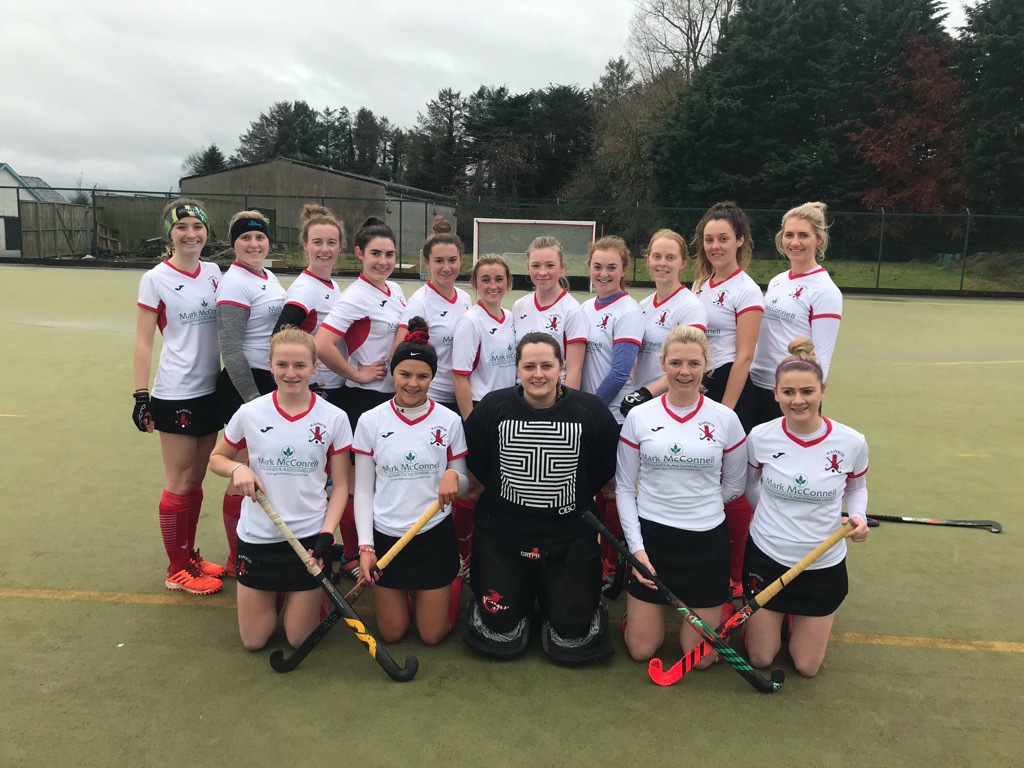 Raphoe Ladies dominate but lose out to Dungannon

A Player of the Match performance by Dungannon goalkeeper Vicky Kerr and some excellent last-ditch defending by her teammates were the main reasons a dominate Raphoe Ladies were left empty handed.

By Charlie Collins in Raphoe

It was an otherwise super effort at the Royal and Prior schools grounds by Raphoe, who will wonder how they left as the defeated team.

The home team started well and could have been a couple of goals ahead as early as the 10th minute.

Barnett then was just wide herself in the 8th minute as the home team dominated.

Dungannon finally threatened on ten minutes when Andrea Hegarty got behind the home defence but Janice Nelson recovered well to deny her.

On 14 minutes Wendy Patterson was almost in again and Raphoe forced a number of short-corners without success, Zara Tinney going closest with a shot that was inches wide. Anything on target was blocked and saved by keeper Vicky Kerr.

On the stroke of the first quarter ending Raphoe were hit with a real sucker punch. The visitors were awarded a short-corner and after a goalmouth scramble Georgina Mulligan forced the ball into the net.

The remainder of the game was a case of constant Raphoe pressure with the occasionally Dungannon breakaway.

The short-corner count in Raphoe’s favour kept mounting but Kerr , a tall girl in terms of height, stood tall and made block after block to frustrate all the Raphoe girls could throw at her and her teammates.

Her counterpart Heather Humphrey had a very quiet day but made a Brillant save at the end of the third quarter from a rare visitors attack.

The short-corner count went well into double figures but it was one of those days when despite the performance and chances created Raphoe were destined to remain empty-handed in terms of points gained.

Sport can be cruel and this was one of those days for the Raphoe Ladies.