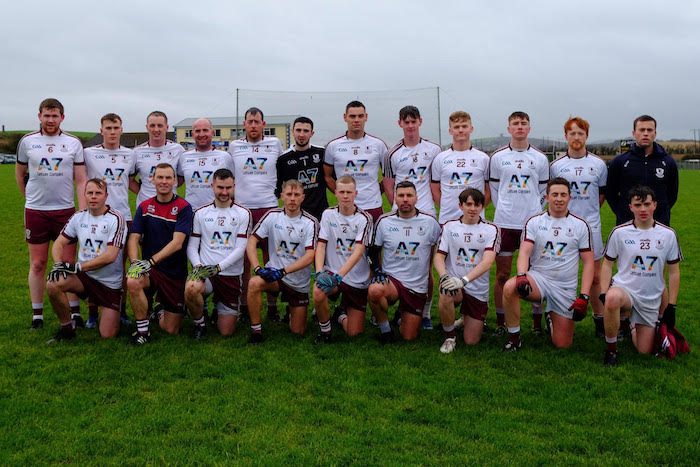 Lettterkenny Gaels had a convincing win over Junior B championship winners Urris in Burt on Saturday as they took the Yes Chef Catering Region 1 League title.

The two sides recently met in the Junior B Championship decider but the Gaels were to the fore in this encounter.

Corner forward Mark Hunter kicked nine first half points and added three more to his tally in the second half to give a Man of the match performance.

The Glebe men got off to a flyer with two goals from the lively Ciaran Kilfeather in the opening four minutes while Alan Harrington pointed for Urris.

Hunter then took over with eight points in a row (four from frees) by the 21st minute.

Corner back Conor Walker then turned over a ball deep in defence and was on the end of the move to tap over the Urris bar on 24 minutes.

With the aid of the wind in the second half Urris were much improved. Hunter added to his tally on 31 minutes while Harrington responded for the Urris men.

Hunter was again on the mark on the 43rd and 53minutes of the game to complete a fine performance.