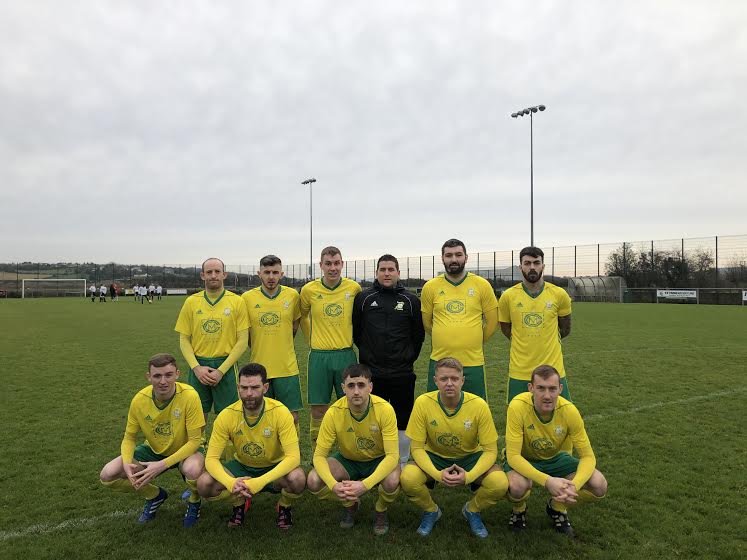 GARBHAN Grant rescued a point for nine-man Bonagee as he netted a last-gasp leveller against his former club in a dramatic derby.

It seemed as if BJ Banda’s second-half goal was set to hand Letterkenny Rovers all three points in the Cathedral Town derby – until Grant struck.

With a minute remaining, Michael Funston beat Emmet Friel in an aerial tussle and his flick on sent Grant through. With the space closing around him, Grant tucked home past Letterkenny goalkeeper Rory Kelly.

Banda’s 65th minute strike looked to have been enough for Rovers to hand Bonagee a first defeat of the season.

Ryan Rainey had only just cancelled out Ryan Lonergan’s early opener when Banda struck. Banda tapped home from close range after the ball came back off the post into his path following Declan Sharkey’s initial work on the right side.

Bonagee finished the game with nine men after a card-riddled encounter.

Bonagee lost Jordan Armstrong to a second booking in the 44th minute and a similar fate befell Sean Hume 14 minutes from the end.

In all, there were 10 cards, eight of them yellow

Rovers hit the front after only seven minutes. Gary Merritt and Hume contested a cross and the ball landed invitingly into the air space over Lonergan. With the hosts static, Lonergan perfectly placed a neat header across Eugene Ferry into the far corner.

Lee Toland had fired an earlier warning just over the crossbar. The former Finn Harps left back took aim from the left-hand side and saw his attempt zip narrowly past its target.

Toland curled wide with an almost carbon copy later in the half. 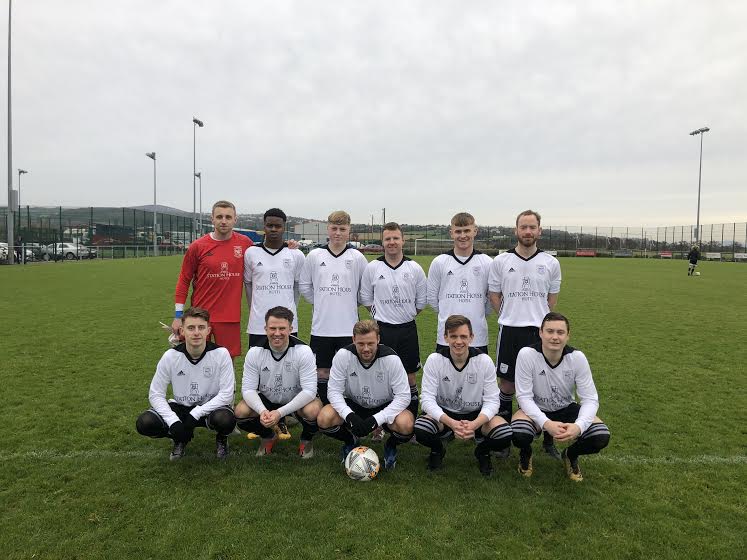 Rovers had the better of the play in the first half with Bonagee struggling to create, although Micheál Doherty did signal some intent when his low cross was cut out for a corner.

Darren McFadden – who netted the winner for Bonagee in Monday’s 1-0 win over Derry City Reserves – had a half chance when he met Hume’s delivery, but Rory Kelly was able to easily gather.

Just before half-time, Bonagee were rocked when they went down a man. Armstrong, already booked for an earlier foul, went to ground under a tangle of legs in the area. Referee Michael Connolly showed the Bonagee frontman another yellow for simulation and Armstrong’s afternoon was over as he made the long walk back to the dressing rooms.

Michael Funston and Banda had efforts saved at either end and Bonagee began to have a spell of pressure. Rainey was unable to connect properly with one shot after Doherty’s clever ball around the back played in the scampering Mark Harkin.

On 61 minutes, Bonagee drew level as Rainey smashed to the top corner after Doherty carved out the opening on the right channel. The ball fell a little awkwardly, but Rainey made no mistake as he thundered home.

Within four minutes, though, Rovers were back in the driving seat when Banda pounced.

Hume was on the tightrope from a caution early in the second half and the defender was dismissed on 76 minutes following a foul on Lonergan.

Kelly was forced to claw away, at full stretch, a header from Gareth Breslin, as nine-man Bonagee sought to preserve their unbeaten start to the campaign.

As darkness fell, the floodlights came on and Bonagee saw light at the end of the tunnel with Grant firing home a dramatic equaliser.