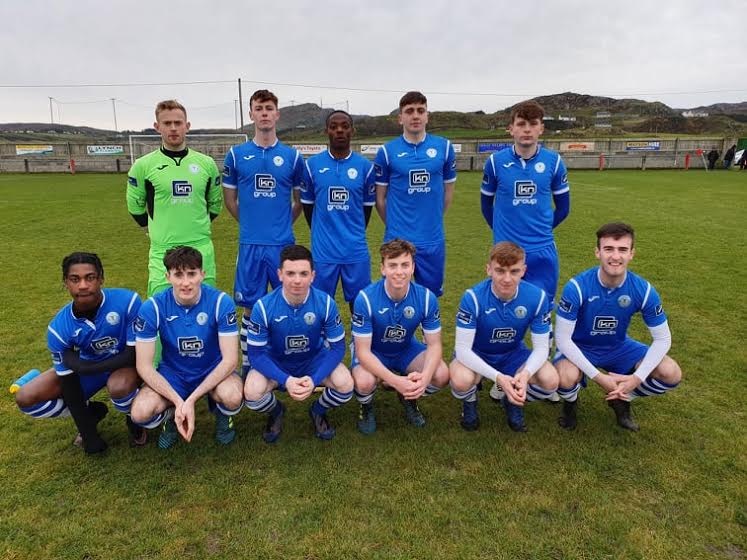 These two predominately young sides showed plenty effort throughout the game but chances were at a premium.

The only goal of the game arrived in the fourth minute. When Harps were awarded a free kick 25 yards out, Corey McBride stepped up and scored with an excellent shot into the corner of the net.

Five minutes later Ria Aithipitani did miss a chance to extend the lead for Harps when he found room in the box only to see his shot well saved by Oisin Cannon.

Fanad did settle into the game after that and had 2 half chances in the 13th minute when Matthew McLaughlin seen his header well saved by Jamie Bell and when the rebound fell to Dean McCarry on the edge of the box, his shot went well over the bar.

McCarry came a lot closer to an equaliser on the half hour mark when his superb dipping volley from 30 yards went just over the bar.

Five minutes later Corey McBride broke into the Fanad box but he fired into the side netting. Fanad were left frustrated in the closing stages of the half when Eddie O’Reilly was taken down from behind in the box but the ref waved play on. 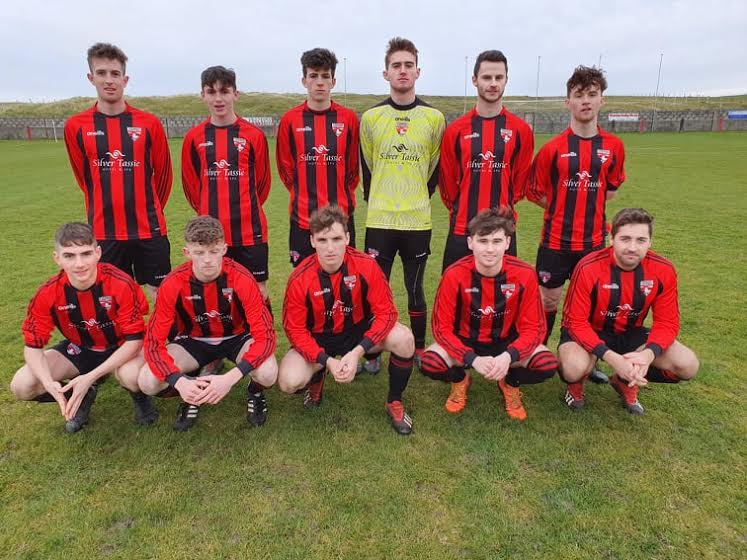 The second half continued in the same vain as the first with neither side creating many clear chances.

Seven minutes into the half, Stephen Doherty fired wide of the Fanad post after a flowing move the length of the pitch.

In the 65th minute Corey McBride cut in from the left and his curling right footed effort seemed to be bound for the top corner only for Oisin Cannon to produce a superb full length fingertip save. The last 20 minutes didn’t produce many chances although with ten minutes remaining, Martin McElhinney seen his shot in the box deflect juts wide of the Harps post.