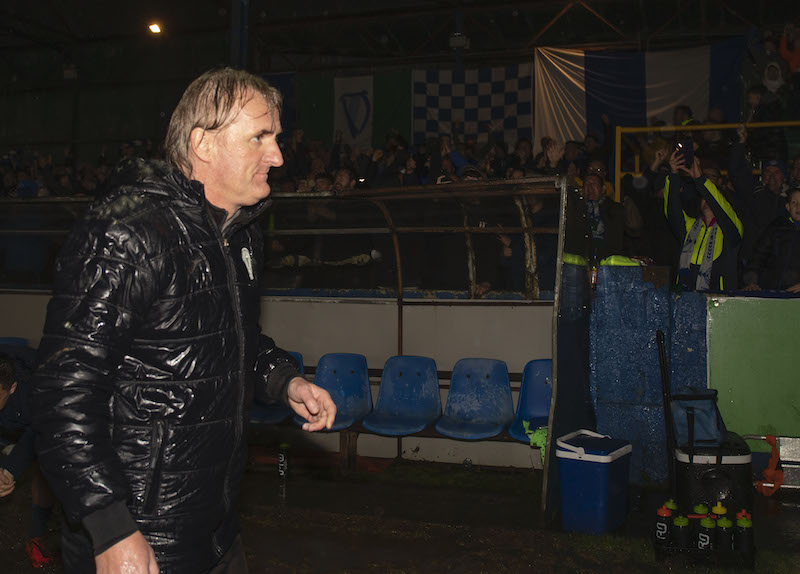 Finn Harps manager Ollie Horgan has outlined his belief that Finn Harps can fulfil the club’s potential – if the get investment over the coming weeks.

After surviving in the Premier Division thanks to last week’s play-off win over Drogheda, Harps will again play in the top flight in 2020, but Horgan says the club has to start aiming to the next rung of the ladder.

“It’s whether we can kick on and try to push it on a level,” Horgan told Johnny Ward of eirSport at the PFAI Awards in Dublin last night.

“If we don’t, we’ll be here next year, back in the First Division. There is potential – it’s just whether we can tap into it and push on. If we can’t we’ll go between the Divisions as we have done.

“The reality is that there is potential if people can back us and buy into us.”

Horgan also outlined the need for Harps’ ground development to come to fruition – a project that has hit several road blocks over the years.

He said: “We need it badly. We had a brilliant occasion with a huge crowd last Friday, but we need the facility to match that. Should we get the go ahead it would give the place a great boost and maybe we could push on. As it stands at the moment, we will be favourites by a long, long way to go back down.”

"This is the first time that somebody went up the bar with a cheque book and that was Ollie Horgan.

More gold from @Ui_Maine as he spoke to @FinnHarpsFC Manager Ollie Horgan to look back on another season of survival. #PFAIAwards pic.twitter.com/PmZAI8X00s