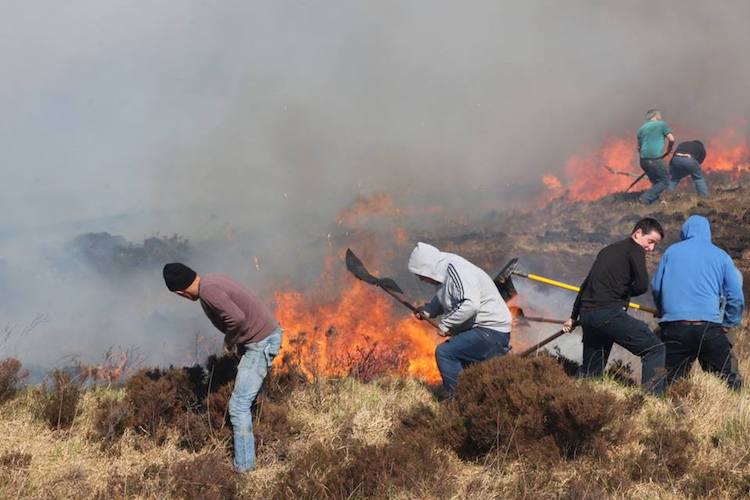 The people of Annagry who were affected by this year’s wildfires will be featured in an RTE1 documentary Will Ireland Survive 2050, which airs tonight (Monday).

Gorse fires tore through west Donegal in April and August this year, destroying land and homes.

Tonight, RTE will focus on the April fires in Donegal when they meet local residents of Annagry to hear how the emergency impacted them.

While there were no casualties in the spring fires, two homes were destroyed in the blaze. 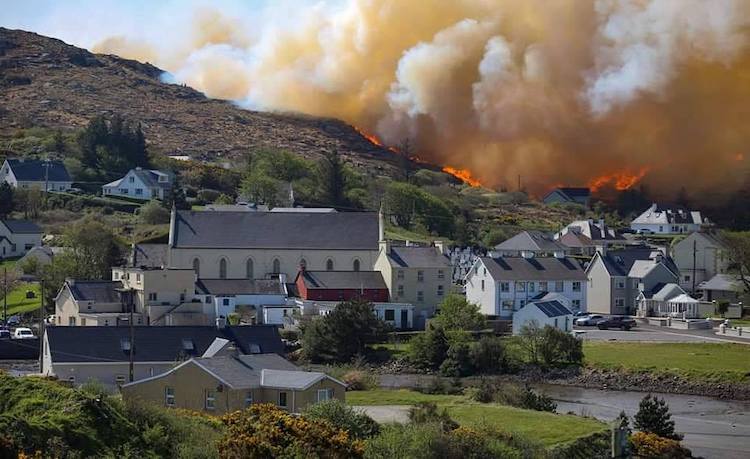 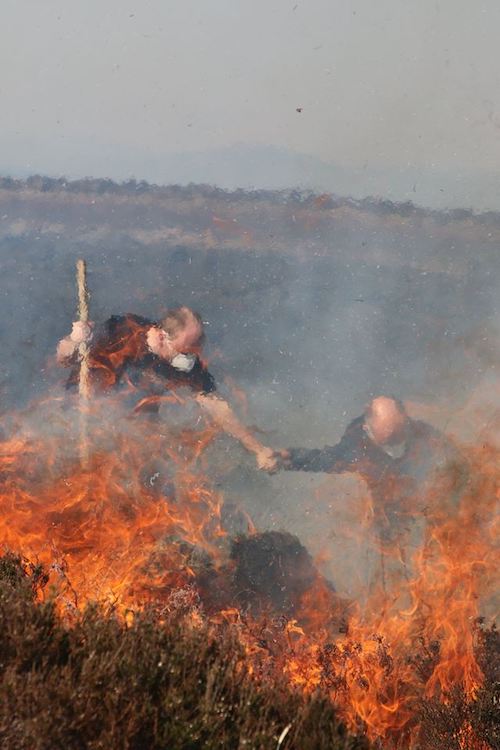 Will Ireland Survive 2050? will be a dynamic and dramatically constructed examination of extreme global weather. Presented by weatherman Gerald Fleming and environmental scientist Dr Cara Augustenborg, the documentary will imagine what Ireland’s weather might be like in 2050 if climate change continues unchecked.

To most Irish people, the effects of climate change have already become apparent.

Will Ireland Survive 2050? includes interviews with scientists and visionaries, as well as Irish people on the ground who have been impacted by severe weather events. 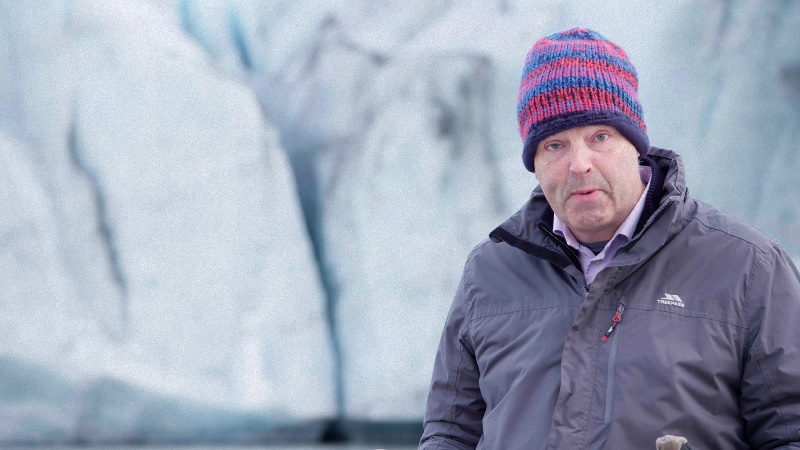 The documentary also brings Gerald Fleming to Greenland, home to the second largest body of ice in the world.

RTE’s popular former weather forecaster, who will be 93 in 2050, explains to viewers how the melting of that ice cap will have disastrous consequences for Irish weather and our way of life.

See the documentary at 9.30pm on RTE One, Monday 11th November