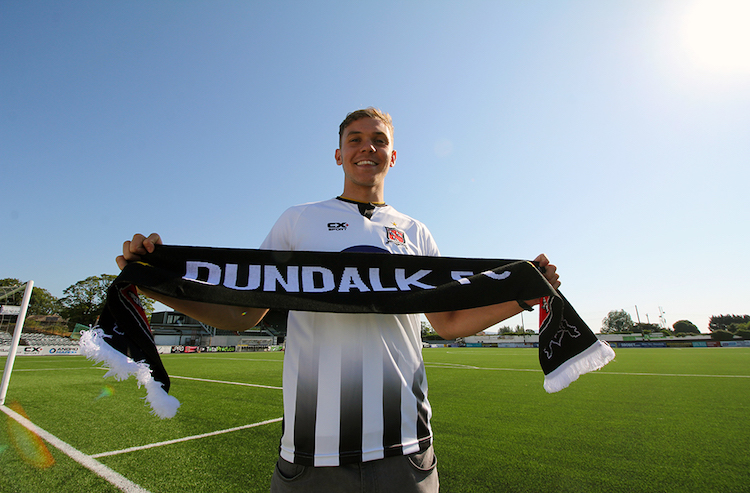 GEORGIE Kelly netted twice as Dundalk hammered Linfield in the second leg of the Unite The Union Champions Cup tonight.

Kelly bagged a brace in the Lilywhites’ 6-0 win at Oriel Park that secured a 7-1 aggregate win. The double strike brought the Donegal native to 14 goals for the season.

The Tooban man fired Dundalk in front after just six minutes when he finished from close range.

6' GOAL! Dundalk 1-0 Linfield – It's a lightning counter from the hosts and Georgie Kelly is perfectly positioned to slot home from close range #RTEsoccer pic.twitter.com/BZiGClJmH1

Brian Gartland doubled the lead on 16 minutes and Jamie McGrath’s finish from 20 yards had Dundalk 3-0 ahead by half-time.

After the hour, Robbie Benson dinked another and it was Kelly who added the fifth as he headed home from Daniel Kelly’s cross.

Pat Hoban – who came on for Kelly – got Dundalk’s sixth as the League of Ireland champions romped to their latest piece of silverware.