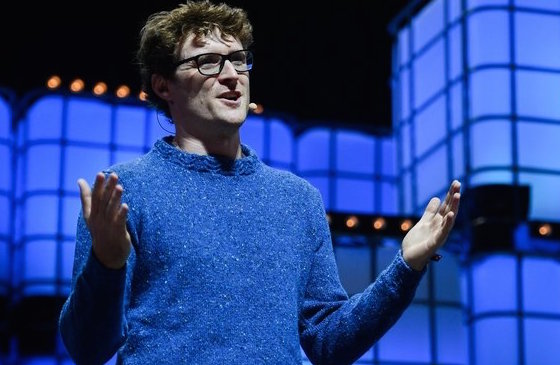 Where’s me jumper? Would you pay €850 for a Donegal design?

Jumpers made in Donegal and selling for a jaw-dropping €850 have become the real talking point of the Web Summit in Lisbon.

Cosgrave, the chief executive of the annual event, has caused a stir online by selling hand-knitted jumpers costing €850 on the conference’s website.

According to the site, each jumper is “hand-loomed and hand finished by local craftswomen in Co. Donegal, Ireland”, and all 50 of them are numbered.

Cosgrave is the husband of well-known Donegal model Faye Dinsmore.

Almost immediately, the conference’s foray into techie fashion triggered a debate online, with many delegates chiming in with others about the high prices and air of exclusivity around the jumpers.

In a tweet, Cosgrave explained the pricing behind the jumpers, saying that they take “40 hours” to make, are “hand-knit” in Donegal.

Cosgrave told the BBC that despite the slight controversy, all jumpers were sold out by the time the Web Summit, which ran from 4-7 November, wrapped up.

According to Cosgrave, the jumpers were inspired by a similar knit that his wife made for him, and that he used to wear on stage for events.

He said that many speakers, including professional skateboarder Tony Hawk, complimented him on it, leading to the team offering them as merchandise.

“If you want fast fashion from some part of the world made under very dubious circumstances, you can absolutely have a cheap sweater but if you want to support a dying indigenous industry and some wonderful female knitters in Donegal, there’s a sweater I’ve been wearing for a number of years and we made it available online,” Cosgrave said.

The tech event has ran for nine years, and now hosts over 70,000 guests in Lisbon’s Altice Arena, after moving it from its Dublin base in 2015. This year’s speakers included former British Prime Minister Tony Blair and EU negotiator Michel Barnier.

Where’s me jumper? Would you pay €850 for a Donegal design? was last modified: November 11th, 2019 by Stephen Maguire
FacebookTweetLinkedInPrint
Tags:
donegalFaye DinsmorejumpersWeb Summit